The Bold and the Beautiful Spoilers: Deacon Sharpe Returns – Sean Kanan Back on B&B – Ashleigh Brewer as Ivy Forrester Starts in July!

BY Amanda Austin on May 27, 2014 | Comments: 9 comments
Related : Soap Opera, Spoiler, Television, The Bold and the Beautiful 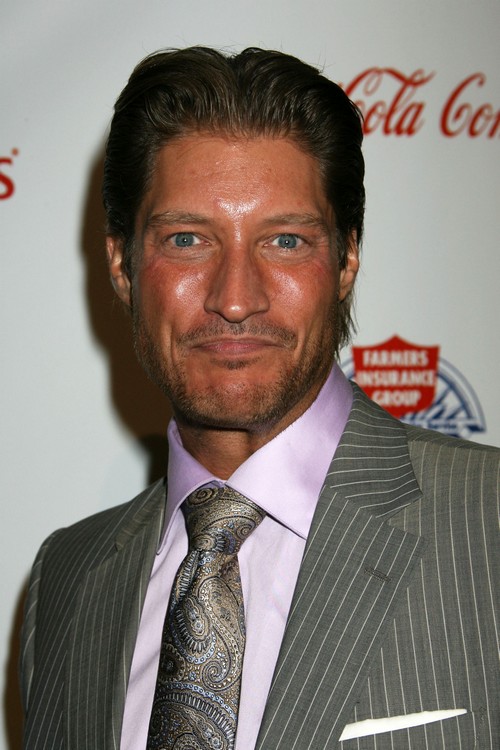 There’s a wedding in the works on CBS’s daytime drama The Bold and the Beautiful. Brooke Logan and Bill Spencer are preparing to say their “I Do’s” in Dubai, however they have to overcome a few obstacles first, like their exes Quinn and Ridge who seem determined to thwart their nuptials. Even if they do manage to pull off the ceremony and say their vows to one another, they will face even more obstacles when they return home, like Brooke’s ex Deacon Sharpe.

It was announced a few months ago that Sean Kanan would be leaving ABC’s soap opera General Hospital and returning to his role as Deacon Sharpe on Bold and the Beautiful. According to the June 9th edition of ABC Soaps, Deacon Sharpe’s big return to B&B will air on Thursday, June 13th. Let’s also mention that Sean Kanan is a true gentleman and was quick to give Michael Muhney his best wishes after Jill Farren Phelps fired him from The Young and the Restless.

For those of you who aren’t familiar with Kanan’s character, Deacon Sharpe is an old love interest of Brooke Logan and the father of her daughter Hope. The last time we seen Deacon was in 2012 when he tried to help Bill Spencer break up Liam and Hope’s marriage because Bill didn’t want his son and Hope together.

Brooke seems to let a lot of things slide when it comes to the men in her life, but she draws the line when it comes to her children. If Deacon reveals to Brooke that Bill enlisted his help to try to break up Liam and Hope’s marriage, Brooke is not going to be happy camper and it could drive a serious wedge in her relationship with Bill Spencer. How would you feel if you found out your husband tried to break your daughter’s heart and stop her wedding?

Also, history has a way of repeating itself on daytime dramas. Let’s not forget that Brooke and Ridge actually broke up over Deacon the last time he came to town. Ridge was furious when he learned that Brooke was talking to her old flame Deacon behind his back and lied about it. Perhaps the same thing will happen two years later with Bill.

Bill and Brooke’s relationship isn’t the only one that could be seriously affected by Deacon Sharpe’s return to Bold and the Beautiful. Let’s not forget that Deacon played a role in the demise of Hope and Liam’s relationship. If Deacon comes clean then Hope may realize that she never should have fought harder to save her relationship with Liam, and never would have wound up Wyatt Fuller. Perhaps Deacon’s return will finally end the Hope-Wyatt-Liam love triangle once and for all.

What do you think B&B fans? How will Deacon Sharpe’s return affect Bill and Brooke’s relationship? Do you think he will expose Bill’s secret and reveal that Bill tried to break up Liam and Hope’s marriage? Could you see Brooke and Deacon getting together again after all these years? Let us know what you think in the comment section below and don’t forget to check CDL tomorrow for more Bold and the Beautiful spoilers.

Update: The Bold and the Beautiful producer and head writer Bradley Bell has announced that a new cast member, Ivy Forrester, played by Ashleigh Brewer will be appearing in early July.  “We are thrilled to introduce Ashleigh, whose poise and talent are already known in Australia and the UK,” said Bell.