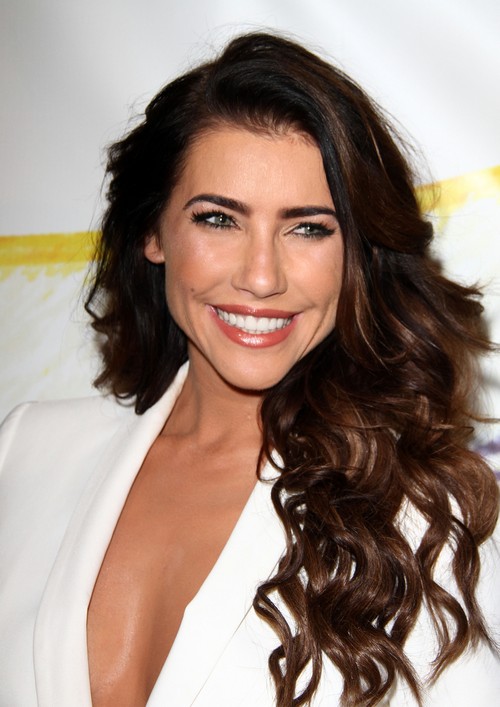 The Bold and the Beautiful rumors are always popping up on the internet claiming that Jacqueline MacInnes Wood is returning to the CBS soap as the popular character Steffy Forrester. Just this past summer, Bold and the Beautiful spoilers hinted that Steffy might be returning after her father Ridge’s helicopter accident, however they never came to fruition. There are a legion of devoted Steffy Forrester fans who continue to hold on to hope the Wood will be returning soon though.

Jaqueline MacInnes Wood took to social media and finally addressed the spoilers and rumors claiming that she was returning to Bold and the Beautiful as Steffy Forrester – and it doesn’t look good for Steffy fans. Jacqueline announced on Facebook to her followers, “As much as I love Bold and the Beautiful and I want to be a part of it, unfortunately we weren’t on the same page contractually/scheduling, etc. These things happen in the industry and I hope my fans can understand that. I am a huge supporter of Brad Bell and all the cast and crew. Love and kisses to all of my fans. I really do care about all of you.”

When Steffy Forrester exited Bold and the Beautiful almost a year ago, in December 2013, and headed to Paris – the writers left the door hanging wide open for her return. They seem to even mention her name every few months, giving fans a false sense of hope that she is headed back to the CBS soap. Although Wood’s announcement is not at all what B&B fans wanted to hear, at least it will give them some closure and the rumors of Wood’s return can finally be shut down for good.

So, B&B fans, are you one of Wood’s die-hard fans who have been waiting for her return? Will you still tune in to Bold and the Beautiful now that you know for sure Steffy Forrester won’t be returning? Do you think TPTB are making a huge mistake not working things out with Wood and meeting her demands? Or could you care less about whether Steffy is coming back? Let us know what you think in the comments below and don’t forget to check CDL tomorrow for more Bold and the Beautiful spoilers and news.