The Bold and the Beautiful Spoilers: Steffy Forrester Returning To B&B – Coming Between Hope and Liam 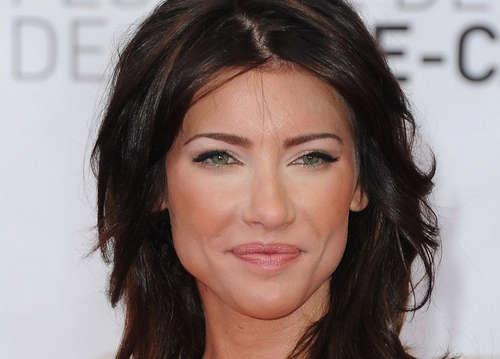 The Bold and the Beautiful spoilers recently teased that Steffy Forrester was making a comeback on the popular CBS soap opera. When Ridge arrived home, safe and sound, after his nearly fatal accident in Abu Dhabi, Eric Forrester announced that his children Steffy and Thomas were heading home to see their father. B&B fans went in to a frenzy, thinking the popular character was returning to the canvas, however nothing has been said about her possible return.

Steffy Forrester hasn’t appeared on Bold and the Beautiful since 2013 when she thwarted one of Liam and Hope’s attempts down the aisle to say “I Do.” It seems like whenever Hope and Liam become serious, Steffy arrives and rains on their parade. Liam just can’t seem to choose between Steffy and Hope. Steffy also had a tryst with Liam’s father, Bill Spencer. With Liam and Bill both in serious relationships with Hope and Brooke, now would be a perfect time for Steffy to waltz back into their lives.

Unfortunately, since Eric’s announcement that Steffy was heading home, no Bold and the Beautiful spoilers have been released stating that Jacqueline MacInnes Wood was currently filming or even scheduled to appear on B&B in the near future. So, either we all over-analyzed Eric’s statement claiming Steffy was coming home, or TPTB at Bold and the Beautiful are trying to keep her return hush hush.