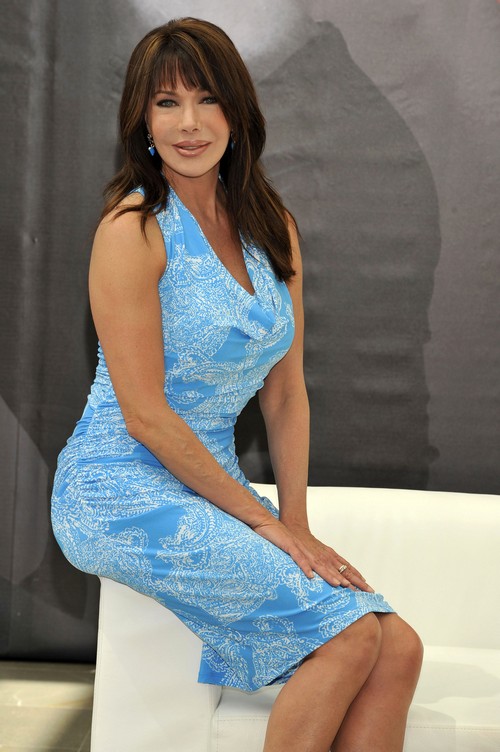 CBS’s daytime drama The Bold and the Beautiful has without argument the smallest cast of all of the soap operas, and if a character isn’t in a relationship with Brooke Logan or her daughter Hope, they have basically been put on the backburner or fizzled in to European oblivion. One of the characters that has been seriously MIA lately is Hunter Tylo’s once leading lady, Taylor Hayes. And, according to Bold and the Beautiful spoilers, Tylo might be packing up her suitcase and heading to ABC’s General Hospital where she will get more screen time.

The last time Hunter appeared on Bold and the Beautiful was for a brief stint in April of 2014 when Aly Forrester was certifiably crazy and her final scene involved Aly wielding an axe at her. Taylor then returned to Europe after revealing she was in a relationship with Aly’s father Thorne. Upcoming Bold and the Beautiful spoilers don’t mention any return for Taylor in the near future.

According to Highlight Hollywood’s B&B spoilers, Hunter Tylo is currently auditioning for other roles, since she isn’t technically on contract with CBS and Bold and the Beautiful. And, HH’s exclusive sources reveal that Hunter might just be headed to ABC soap opera General Hospital. TPTB at General Hospital have been securing some major soap actors as of recently, and Hunter Tylo would surely be a nice name to add to their growing list of high-profile cast members like Michelle Stafford and Billy Miller.

What do you think, B&B fans? Do you blame Hunter Tylo for shopping around and looking for other roles. After all, she hasn’t filmed for CBS in six months. Do you think she would make a nice addition to the General Hospital cast? Let us know what you think in the comments below and don’t forget to check CDL for all of your BB spoilers.