The Bold and the Beautiful Spoilers: Ivy Kisses Liam Before They Find Hope – Paris Wedding Ruined by Jealous Ivy 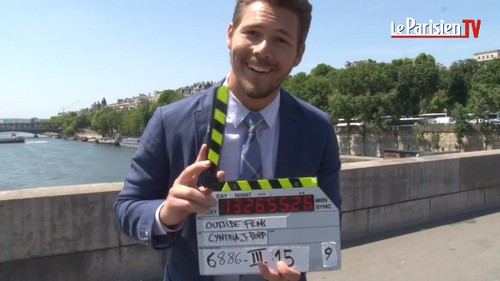 The Bold and the Beautiful spoilers have been teasing for weeks now that Wyatt, Liam, Hope, and a few other members of the B&B cast would be heading to Paris the first week of August. It’s no secret that Liam springs a surprise wedding on Hope, but it turns out there are a few bumps in the road en route to said wedding.

Since Ivy Forrester arrived at Forrester Creations, she has spent a lot of time bonding with Liam, and an equal amount of time gossiping about Hope. Ivy even told Aly that she thought Hope was just like her mother Brooke, and was incapable of choosing just one guy and sticking with them. It’s pretty clear that Ivy is not a fan of Hope’s, and it is beginning to look like she has a thing for Liam.

The Bold and the Beautiful spoilers tease that after Hope and Wyatt leave for Paris, Aly encourages Liam to go after Hope and Ivy tags along with him to Paris. B&B spoilers tease that while they are on their way to Hope, Ivy grows increasingly jealous of Hope and Liam’s relationship. And, a photo has been making its round on the internet, showing Liam and Ivy kissing in Paris!

Obviously the alleged kiss couldn’t have been too magical, because we know Liam and Hope are eventually reunited in Paris, but it still could cause a major hiccup down the road. Considering his track record, Liam probably won’t tell Hope about the kiss, but Ivy will probably reveal it happened moments before Liam and Hope say “I Do” and then the whole wedding will fall apart.