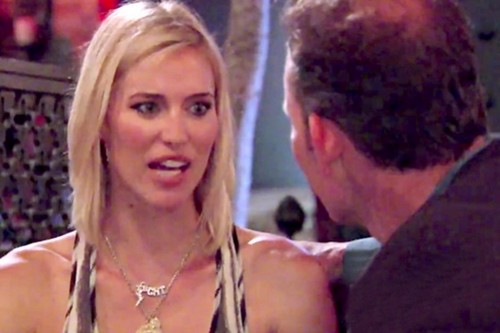 Tonight on Bravo THE REAL HOUSEWIVES OF NEW YORK premieres with its sixth season. Back this season are Aviva Drescher, Sonja Morgan, Carole Radziwill, Ramona Singer, and Heather Thomson, who are joined by model and businesswoman Kristen Taekman as they navigate their hectic lifestyles of jam-packed social calendars, careers, relationships, children, and the hustle and bustle of city living. Also returning in a recurring role this season is Countess LuAnn de Lesseps.

This season follows the ladies as they mix business with pleasure, party like rock stars, summer in the Hamptons, and allow their emotions to get the best of them any chance they get. Old rivalries will be reignited and new ones born, all while emotional twists and turns, surprise romantic encounters, and passionate arguments keep everyone guessing where people’s true loyalties lie. There is no shortage of outlandish moments and guttural laughs as the ladies find themselves as fish out of water when they leave the safety of Manhattan for more rustic locales like a cabin in the Berkshires and a “glamping” trip to Montana.

On tonight’s show the ladies are back and fierce as ever. Heather hosts her own birthday party, but no one is looking forward to seeing Aviva after some of her past eyebrow-raising behavior. The ladies are also introduced to Heather’s longtime friend Kristen, a working model and mother-of-two.

Tonight’s episode is going to be filled with the usual Housewife drama and you won’t want to miss it, so be sure to tune in for our live coverage of the show tonight at 9 PM EST! While you wait for our recap hit the comments and let us know what you thought of “The Real Housewives of New York” season 6! Also we have a sneak peek video of tonight’s show below!

The episode starts out with Carole Radziwill at her author picture photo-shoot for her book. Heather shows up to help her out and starts directing the photo-shoot which angers the photographer but loosens Carole up and makes her smile. They are going to Heather’s birthday party later that night. The episode shifts to Sonja and Ramona who surprises Sonja at her house where they talk about Sonja’s new haircut and her new obsession with dating younger men. The episode then cuts back to Carole and Heather who gets a phone call from Aviva but she declines the call. Carole talks about how she has been distancing herself from Aviva ever since she acted out at her party last season. The episode then goes back to Ramona and Sonja where Ramona talks about seeing Aviva and her husband Reid at a party but ignoring them the entire time. Sonja then talks about her complicated relationship with Aviva’s ex Harry and how he is supposedly trying to get back together with her.

At Heather’s party, she reconnects with some of her friends from when she used to work with Diddy at Bad Boy Entertainment. Ramona and Sonja then show up with Sonja’s much younger man named Ben. Sonja sees Ben chatting it up with the newest housewife Kristen and realizes that she is jealous and territorial about Ben. The episode then introduces Kristen who is a model that grew up in Connecticut and now lives in New York with her husband and two kids. Kristen’s husband Josh used to work with Heather but he now runs his own company Eboost. She talks about how she loves her kids but that they make her life a nightmare and how her and Josh have a joke that she may not be the sharpest tool in the shed, but at least she is pretty.

The episode then picks back up with Aviva and Reid showing up at the party where she immediately talks to Sonja about how she has become friends with her ex Harry and how she would really love it if she and Sonja could be friends. Shen then says hi to Heather and then Carole comes over to say high. Aviva then tries to ask Carole to help her with her new memoir and Carole is annoyed because she feels that Aviva is a taker and only wanted her for her help. The episode then starts back up with Carole and Kristen talking about Kristen’s obsession with Elvis; Carole then reveals that she likes Kristen because she is tall, pretty, and weird. Ramona and Aviva then have a heart to heart where Ramona tries to convey to Aviva that she can’t get over what Aviva did to her last season. Aviva does not seem to understand how come she just can’t accept her apology and move forward and start fresh.

After the commercial break, the episode then picks back up with another scene where Kristen is annoyed that her husband is late. Once he shows up, she bickers at him until he gives her a present that he had been wanting to give to her which made her much more happy and calm. They then bonded over how they missed their previous lives before having children. Next Ramona is at her house talking to her interior decorator when Aviva calls wanting to know if they could meet up. Ramona says that she isn’t sure, but she would think about it. The next scene shows Sonja and Kristen having a cute moment where Sonja takes her lingerie shopping. Sonja says that dressing sexy is a nice way to keep a man on his toes because if you are overdressed then he will not know if where you say you are going is actually where you are going.

When the episode comes back, Sonja and her interns are preparing, unsuccessfully, for a party that she is throwing at her house for her, Ramona, their friend Leesa, Kristen, and Sonja’s spiritual advisor/friend. When at the party, the topic of Aviva comes up and Sonja says that she has forgiven Aviva and wants to be friends because she realizes the pain that Aviva has gone through in her childhood; she also wants to be friends with Aviva because she thinks that Aviva was only mean to her because she was angry at Ramona. This upsets Ramona who feels that Sonja should be taking her side and that she cannot just simply forget all of the negative things that Aviva has done. Sonja, Kristen, and Sonja’s spiritual adviser convince Ramona to go have drinks with Aviva and see where the chips land. When at dinner with Aviva, Ramona starts to realize how good Aviva is at kissing ass. Aviva is being really nice with Ramona and even drinks with her which is a shock because Aviva is so scared of becoming an alcoholic. Ramona starts to believe that maybe Aviva is turning a new corner in her life so she decides to open up to Aviva a little bit to see where there friendship could go from there. The episode then ends with a preview of the rest of the season where we see lots of arguing and even a visit to a ranch of some kind.