Ann Curry In Talks To Join ‘The View’ 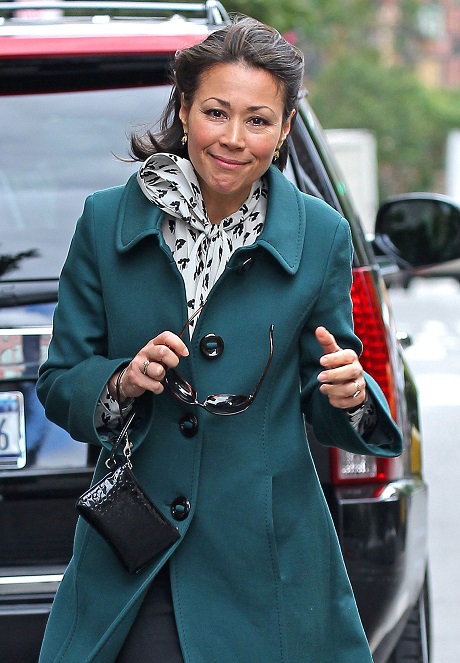 The View has a history of taking famous news anchors and turning them into talk show co-hosts, and former Today show host Ann Curry might be their next target. According to reports, Ann is being ‘considered’ to replace Jenny McCarthy and Sherri Shepherd, both of whom left the show last week. Sherri left over contract disputes and Jenny left after being fired, although she likes to pretend that she left of her own volition.

Ann reportedly still has time on her ABC contract, but I’m sure the network honchos can work around that if they really want to. Plus, we’ve already gotten Rosie O’Donnell to fill one of the missing spots, and Ann would make an excellent addition to the show. Other choices in the running reportedly include Meghan McCain [terrible idea], Leah Remini, Bernadette Peters, Mario Cantone, and S.E. Cupp.

First of all, having all female hosts is one of the draws of The View, and putting Mario Cantone into the mix would change that. Meghan McCain is a terrible idea, as I’ll reiterate over and over again. Her father is not one of the most liked men in this country, especially in Hollywood. S.E. Cupp also has the same disadvantage, although she’s a bit less famous than some of the other choices on this list.

Leah Remini and Bernadette Peters would both go in line with the show’s history of choosing performers, but do they have the chops to host the show alongside Rosie and Whoopi Goldberg? Plus, Leah’s Scientology past will no doubt work its way into some of the arguments, which might not be the publicity the show is looking for – especially in the wake of its falling ratings.

Overall, Ann is definitely the best choice, and I would suggest the View execs work hard at getting her released from that ABC contract.