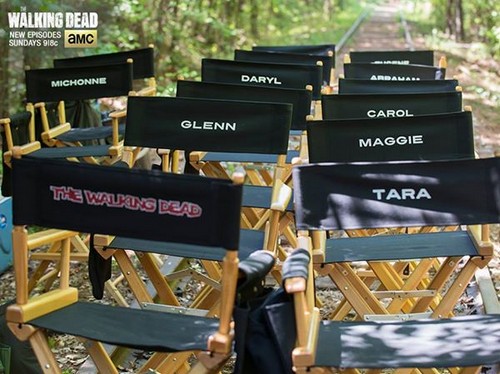 The Walking Dead continues on AMC tonight with all its gory goodness with an all new recap and spoilers Sunday November 16, Season 5 episode 6 called “Consumed”. Tonight, members of the group venture into a familiar location on a heroic rescue mission.  Wonder how you could Survive a Zombie Apocalypse?  We got you covered if you want to find out.

On the last episode of The Walking Dead, while on a mission, the group was confronted by new problems that tested their ability to survive. Did you watch the last episode? If you missed it, we have a full and detailed recap right here for you.

On tonight’s episode, as per the AMC spoilers synopsis, “stakes are high when members of the group must go on a heroic rescue mission in a previously known location.  It’s a huge stage, but so are the stakes. This episode will place the spotlight on Carol and Daryl’s whereabouts, after they took off chasing the car with the cross sign in “Strangers.” Their mission” should lead them to Atlanta, the home of Grady Memorial Hospital, the place Beth is being held against her will.”

You aren’t going to want to miss any of the unfolding action tonight. We’ll be recapping the season 5 episode 6 live right here for you at 9pm. In the meantime, hit up the comments and tell us what you’re expecting from Season 5.

We see a flash back of when Carol was kicked out of the group by Rick and her driving by herself in the car, she is sitting in the car and crying. A walker comes up to the window and Carol screams at it to go away; she then drives off. She ends up at a law firm, Carol goes inside of it and starts trying to lure out any walkers roaming around inside. Nothing comes so she picks up a recycling bin and empties it out; then lays on the couch to sleep. The next morning Carol is on the road again, pulling up in front of something burning.

Now we see Daryl and Carol chasing after the car that took Beth away, they are deciding whether they confront the car or keep following since they are running out of gas. The car stops and so do they, the car up front turns off and someone gets out of it. Daryl notices there are two of them, a walker starts hitting their car and they notice an officer is pulling something on the ground. The car starts again yet Daryl is struggling to get their car on; many walkers are coming so they have to move now. Carol says she knows just the place, the two find a place to hide for the night; they are now inside some sort of house. They barricade the doors and move into the bedroom, Carol takes the top bunk. Daryl asks Carol if he never showed up by the car what would have happened; Carol says she doesn’t know. They hear a sound coming from the inside of the building, they go together to check it out.

It’s just a bunch of walkers trying to get inside and hitting  against the door, Carol sees some smoke coming from outside in the morning; she goes out to see Daryl holding a walker wrapped in bed sheets and throwing them into a fire.

Carol and Daryl leave their hide out and are on the move; they see several walkers in the streets so Daryl burns a book and throws it out into the street for the walkers to be distracted by. They go into a parking lot to cross the sky-bridge, now inside of the building they see a bunch of walkers in sleeping bags; they start killing them one by one. Carol and Daryl make it over the sky-bridge, they now look around an office. Daryl looks out the window and notices a car just sitting somewhere. Daryl and Carol stop to admire a painting that she likes, now they are making their way back; Carol put the gun first and now we see is Noah and he takes their weapons after unleashing walkers on them. Daryl kills them with his knife and the two make a run for Noah; they can’t believe he got away.

Daryl and Carol are now walking on the highway together to the car he saw in the office window earlier, Daryl opens up the car and takes a look to see if it’s stable. Too many walkers come and they are now trapped inside; they decide to buckle up and hold on as it falls from the highway. They land safely and are both okay; though walkers are falling off the high way and on top of the car. They get out and start walking away.

Daryl hands Carol some water to drink and asks how bad it is; she says she has been hurt much worse. The two now go inside of a building, Daryl finds a walker with a machete; he takes the machete and cuts its head off. The two look outside and see a hospital, they now take a break to eat. They hear a sound in the building and decide to go check it out, Daryl takes the lead with his new machete; they find a walker with an arrow in its throat. They then heara gun fire and find Noah struggling wit ha walker; he throws it on Carol and runs. Daryl runs off trying to find Noah who is barricading a dooor; Daryl knocks the bookcase on Noah and he’s trapped. Noah is begging for help, but Daryl just picks up a cigarette and lights it; Noah is begging for help and Daryl walks off. Carol tells him to come back but Daryl just wants to leave him.

Carol and Daryl decide to save Noah, Noah tells them they have to go because the people in the hospital are there; Daryl asks about a blond girl and Noah tells them about Beth. A car comes by and they are making a run but Carol gets hit by the car. Daryl is trying to run to save her, but Noah holds him back; he tells them that they can get her and Beth back. Daryl and Noah get a truck and drive off. Make sure to come back to CDL tomorrow for more The Walking Dead season 5 spoilers!

I can’t speak for the rest of you fans but I was disappointed with “consumed.” The episode was slow and uneventful – getting trapped in van was silly and having to tip it over the overpass to escape was silly. We didn’t learn anything meaningful about Carol or Daryl nor did their relationship progress. Was this supposed to be a filler episode?