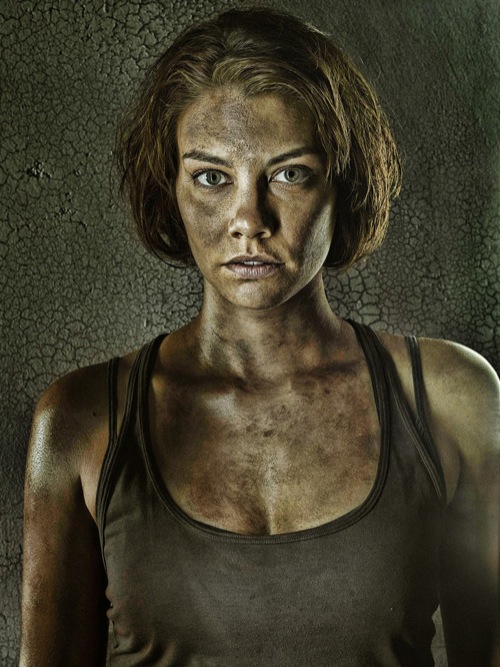 Maggie [Lauren Cohan] has been a strong character on The Walking Dead, and we can’t wait to see what happens to her during The Walking Dead season 5. She has shown a great deal of depth and character since her introduction in season two and she has survived everything the apocalypse has thrown at her. Season five might be the most challenging for her, though. What do we hope happens for Maggie this season? Let’s see.

Survival – Maggie, like almost all of the other main characters, isn’t safe from death in The Walking Dead universe. The writers have shown that no one is safe. This season, we just hope Maggie survives. She’s a great character and adds much to the show. We want to see her make it.

Reunion with Beth – Maggie needs to know what has happened to her sister. Beth is the last living relative Maggie has and they need to find each other again. It might be a short lived reunion, because you just never know who’s going to die, but before one or the other end up dead, they need to be reunited.

A Chance to Show Her Grit – Maggie has shown that she’s got what it takes to survive and be tough. I liked seeing that develop in her character over the last few seasons. I have a feeling, though, that season five is going to take her to extremes of endurance she has never been before. I think she’s going to get that chance to really show how tough she is and that she is a very strong character who can take whatever the apocalypse throws at her.

A Break – Season four was a tough one for Maggie. She had to escape the prison, thought she was going to find her husband had become a zombie and would need to dispatch him, and her father was brutally murdered. Not to mention that Maggie had no idea where her sister or her husband were, or if they were even alive, throughout the last half of season four. We rejoiced when she found Glenn, but now, Maggie deserves a break. Let her have a short rest from this emotional and physical turmoil. Come on writers, just a short one?

A Few Happy Moments With Glenn – Admit it, you’re a sap like the rest of us: We love seeing Maggie and Glenn in love. Their relationship has been a bright spot in this dark and dismal world. We are rooting for them to make it. Those little bits of happy here and there that we get to eavesdrop on between Maggie and Glenn show us the humanity that is still alive and well amongst the zombies. Show us more. We need to be reminded that even in the darkest times, there can be rays of sunshine.

What’s going to happen to Maggie this season? We can only hope a few of these things do, but we can only wait and see. Consider checking out CDL for more amazing The Walking Dead spoilers.