The Walking Dead Season 5 Spoilers: Who is Abraham Ford and What Will He Do? 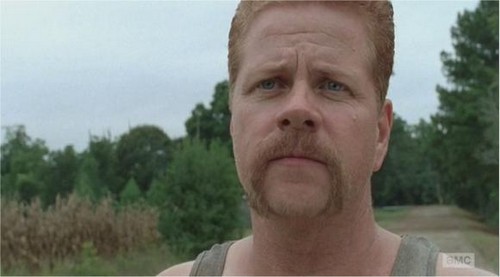 The Walking Dead Season 5 spoilers tell us about Abraham Ford and how he might be integrated into the coming storylines. This season TWD has several diverse storylines playing and we expect Abraham and his past may well play a critical role. Toward the end of The Walking Dead, season 4, we met a new main character: Abraham Ford. Who is Abraham? Little has been revealed about him in the last episodes of season four and the first three episodes of season five. We can only glean bits and pieces about him from the episodes he has appeared in.

We know that Abraham is escorting Dr. Eugene Porter to Washington D.C. and that he is serious about his commitment to that mission. The Abraham in the television series is a deviation from the Abraham in the comics, though.

While the characterization is correct — a rough around the edges soldier who doesn’t blink or have bouts of conscience over killing — the timing is off. In the comics, Abraham and company first met Rick and crew at Hershel’s farm, but the television series is introducing him much later.

Abraham’s background has not been revealed in the television series, but we can only assume that it will be similar to the background provided in the comics.

In the comics, Abraham was a sergeant in the Army and even worked as a coach. He had a family — an ex-wife, a daughter, and a son. Like so many, the apocalypse brought out the most basic and brutal instincts and characteristics in Abraham.

The comic storyline had Abraham living in a community with his family. After returning from a supply scavenge, Abraham finds that his wife and daughter have been brutally raped by a group of men and his son forced to watch. Abraham goes mad and kills the men in horrific fashion, causing his family to flee in fear of him.

Abraham later finds his wife and son eaten by walkers and his daughter a zombie. He has to kill her.

In the television series, TWD season 4 gave us a glimpse of Abraham’s coldness. In season four, Tara noted that Abraham seemed to truly enjoy killing zombies. While viewers of the series have no idea of Abraham’s background, if the series follows the comic, it is easy to understand Abraham’s callousness and brutality.

Abraham Ford is an interesting character who has not yet had a chance to develop in the television series. If the series follows the comic, Abraham will become an integral part of Rick’s group and will play a large role in the survival of the group.

What about Abraham’s mission to get Eugene to Washington D.C.? No spoilers, but if the series follows the comics, that will be derailed by Eugene himself. Hmmm. That’s a whole other story. It will be worth watching to see what Abraham will be doing and how his character will develop throughout the rest of The Walking Dead season 5. Tune in to CDL tomorrow for more The Walking Dead Spoilers.