The Walking Dead Spoilers Season 5: Major Character Death In Second Half, Who Dies? 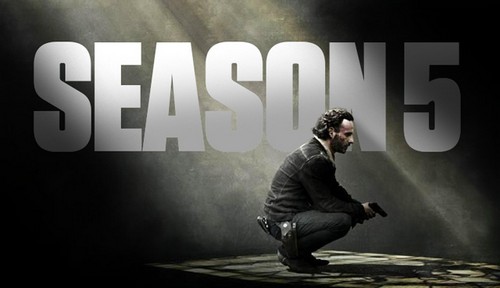 The Walking Dead spoilers season 5 have brought us excellent information about what to expect in the shows, in fact the spoilers have been almost too good! We get a break from our favorite zombie apocalypse, The Walking Dead, until February. While we are waiting, what should we expect the rest of season five to bring us? Here are a few predictions.

We’ve already dealt with cannibals and their shish-ka-Bob snack and power-tripping cops at Grady Memorial. What else is there? There should only be about eight episodes left to finish out season five, so it should be expected that there should be a major threat somewhere along the way. Perhaps the writers will give our band of survivors a break and let them spend a few episodes just dealing with zombies and the occasional stray crazy person. At the end of the season, though, there will probably be a brand new wacko threat that will carry us into season six.

At Least One Major Character Will Die

We are still reeling from our loss of Beth after we lost Bob. Can the writers and producers really let us go through the rest of the season without another major character death, who will die? Can we escape season 5 without a major loss? Probably not. Tyreese would seem to be a good fit for the next exit, although that would be a shame because he’s a good character that brings balance and conscience in an otherwise moral-less world.

If Tyreese isn’t offered up as the sacrificial lamb for the last half of season five, then Glenn, Tara, or Rosita will be it. Heck, all four of them might go bye-bye. In addition, it is almost certain that somewhere along the way, Eugene will meet his demise. He is definitely a red shirt now that his ruse has been brought to light.

Daryl and Carol Will Become a Couple

There have been hints about a new romance going on during season five. When the season started, speculation held that Daryl and Beth might have a few sparks together, but now we see that aint gonna happen. If you are one of the ones rooting for Daryl and Carol to become Caryl (and who hasn’t been wanting that to happen?), you might get your wish during the last half of the season.

We’ve seen so much death and destruction and hopelessness that a little love and tenderness would be a nice change of pace.

The Group Will Find Safety at Alexandria

The comics brought the Alexandria Safe-Zone — a walled town that offers our weary group a safe haven. Our survivors no longer have any need to go to Washington D.C. since they discovered Eugene’s lies. During this last half, it is almost certain they will head to whatever safe place they can find. Newcomer Noah mentioned his home town of Richmond as a safe place with walls, so it’s very likely that Alexandria Safe-Zone is Richmond.

The Walking Dead will return on February 8 and we will have to wait until then to find out what’s up and what’s next. Tune in to CDL every day for more The Walking Dead season 5 spoilers!