The Young and the Restless Spoilers: Adam Leaves Nick To Die After He and Sage Find Brother Trapped and Injured In Woods? 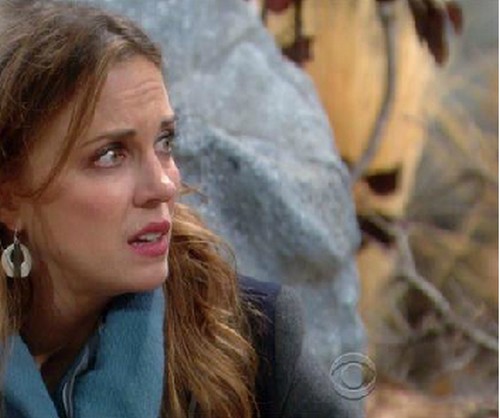 The Young and the Restless spoilers tease that Adam Newman will be coming face to face with a Genoa City resident sooner than he expected. The Young and the Restless spoilers tease that Nick Newman is still lying in the woods with his leg caught in a bear trap, and could easily die if he isn’t soon rescued. Rumors were running rampant that his daughter Summer would rescue him, but it turned out to be just another one of Nick’s pain and booze induced hallucinations.

According to the latest edition of CBS Soaps In Depth, someone will finally find Nick in the woods, but whether or not they rescue him is an entirely different story. The magazine reveals that Adam Newman’s hench-woman Sage decides to take Constance’s dog for a walk, and finds Nick barely conscious in the woods. She rushes back to the cabin and gets Adam to help her save the stranger, but when they arrive Adam realizes it is not a stranger – but his own brother.

The Young and the Restless spoilers tease that Adam informs Sage he can’t help Nick, and leaves them lying in the woods. Adam isn’t ready for anyone from Genoa City to see his new face, and he is concerned that Nick might still recognize him, after all they are brothers. So, it looks like Nick’s rescue mission will be the moment of truth. Is Adam Newman the cold-hearted villain everyone has made him out to be, or does he still have a heart?

What do you think Y&R fans? Will Adam cave and help Sage rescue Nick Newman from the bear trap? Or, will he really leave Sage to rescue Nick on her own and let him possibly die? Do you think Nick might recognize Gabriel as his brother Adam? Do you believe the rumors that Sage might be a new love interest for Nick Newman? Let us know what you think in the comments below and don’t forget to check CDL tomorrow for more The Young and the Restless spoilers and news.