The Young and the Restless Spoilers November 25: Nick Visited by Amy, Avery, Sharon at Cabin – Falls Into An Animal Trap 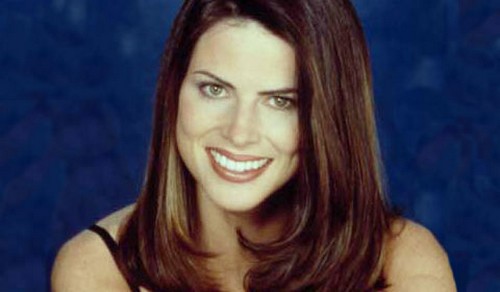 The Young and the Restless spoilers for the Tuesday November 25 episode of the CBS soap reveal that Nick Newman is going to be doing a bit of some soul-searching after his recent break-up with Sharon Newman and the shocking realization that Summer is actually his daughter and now Jack Abbott’s. Y&R spoilers revealed last week that Nick was leaving Genoa City and heading to a remote cabin in the woods for some much needed space and time to think.

According to The Young and the Restless spoilers for Tuesday November 25, Nick does a lot of reminiscing about his past, thanks to the help of some seriously outdated alcohol and his new friend – a stray dog. Y&R spoilers revealed last month that soap actress Julianne Morris Poloha was returning as 90’s character Amy Wilson, what the spoilers neglected to explain was that she would be returning for a bizarre “Ex-Girlfriends Of Thanksgiving Past” dream sequence.

Y&R spoilers tease that Tuesday’s entire episode will star Josh Morrow as Nick Newman, getting drunk in the cabin and talking to his ex-girlfriends Amy, Sharon, Grace, Phyllis, Avery, and even his mother Nikki pays him a visit during his drunken stupor. Oh, and kudos to the stray dog who is definitely getting a supporting actor Emmy nod this year. The November 25 episode does however come to a shocking and dangerous end when drunk Nick decides to find the dog’s owner and takes a stroll through the woods and gets his leg caught in an animal trap. Here’s to hoping Nick’s new dog has seen Lassie and knows how to go get help.

So Y&R fans, are you excited to watch Nick Newman’s trip down memory lane as he gets visited by his Ex-Girlfriends of Thanksgivings that have passed? Who will find Nick and rescue him? How long before someone in Genoa City even comes looking for him? Could Adam Newman actually make it home before Nick does? Let us know what you think in the comments below and don’t forget to check CDL tomorrow for more The Young and the Restless spoilers and news.