The Young and the Restless Spoilers: Mariah Arrested – Will Police Bust Tyler Too – Victor Newman Strikes

BY Amanda Austin on May 19, 2014 | Comments: 5 comments
Related : Soap Opera, Spoiler, Television, The Young and the Restless 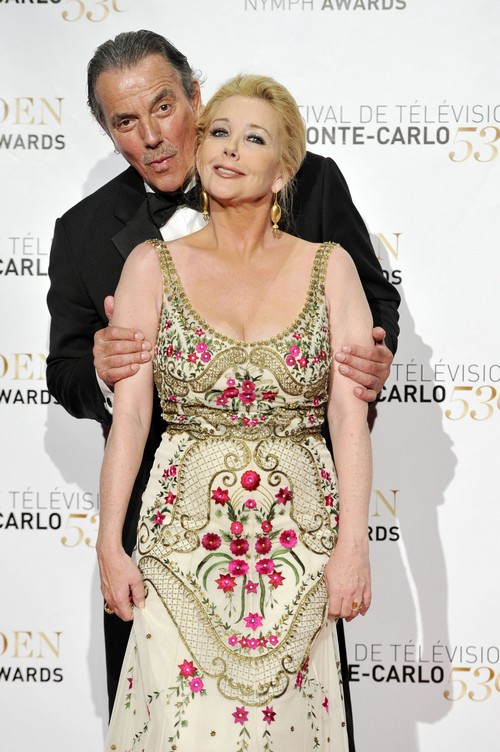 The Young and the Restless’ character Victor Newman is constantly playing games with his foes, friends, and family. Y&R fans were all shocked when it was revealed that Victor actually hired Mariah to pose as the ghost of his dead grand-daughter Cassie. According to CDL’s exclusive source for The Young and the Restless spoilers on Monday May 19th Victor is going to make another shocking move, which is going to turn his family against him (more than they already are).

Since Victor Newman is so great and powerful, one would have thought that he knew Fake Ghost Cassie was Tyler’s ex-girlfriend Mariah when he hired her, but apparently he was completely unaware that his con artist could potentially derail his own daughter’s wedding. According to our exclusive Y&R spoiler source, on Monday May 19th Victor Newman makes a phone call and sends Portland police officers to Mariah’s room in Genoa City to take her back to Portland for her pending charges.

Abby asked her Dad Victor to get rid of Mariah, and he did. Little does Victor know, his plan is going to backfire and Mariah could actually take Tyler down, and back to Portland with her. Mariah had an accomplice to her pending charges in Portland, and a popular fan theory is that Tyler actually helped her rob a mansion. So if Mariah rats Tyler out, he will be headed to prison as well, and Abby will be furious. She asked her Dad to help her get rid of Mariah, and instead he got rid of her fiancé.

There is still a chance that we are underestimating Victor Newman, and there is a bigger picture we aren’t seeing yet. Perhaps the police he sent to her room are fake and he has actually hired someone to kidnap her. We know at the end of the day she can’t be going to prison in Portland, because it was just announced that Camryn Grimes was been given a full time contract from TPTB at The Young and the Restless.

So, what do you think Y&R fans? Do you believe the theory that Tyler was Mariah’s accomplice back in Portland, and that is what she has been holding over his head? Do you think Victor really sent the police to pick up Mariah, or does he have a bigger plan at play? Share your thoughts and theories in the comment section below and don’t forget to check CDL tomorrow for more The Young and the Restless spoilers.

Soap Opera Spy fans give voice to their opinions:

Just Need To Voice…(let off steam) One year ago we lost a brilliant actress and character; Mrs. C. and then JFP had full reins to destroy a number one soap , thats been #1 for twenty five years. Jeanne Cooper wouldn’t have kept quiet I’m sure! She would have marched into JFPs office and told her where he bear s#*t. Now, In less the two years Y&R seems to have/has lost all credibility in its writing, the acting and story telling etc. I wish I could stop these Y&R spoiler update, and just get my Days Updates. BTW, I don’t read the Y&R Spoilers. I only open and read the comments that people post! Just say’n

I really think that Victor should be more assertive.. And have an affair with a shrink.. And find out why he thinks he just wants what’s best for his family.. Or maybe even better.. His shrink falls made in love with his money and sabotages his relationship with them .. Turning every one .. He goes crazy.. Thinks he is still married to Sharon.. Nick tries yo shot him. And Adam saves his life again!

Well there you have a couple of very different points of view.