The Young and the Restless Spoilers: Grace Visits Sharon, Billy Thinks Victor Spying on Him and Chelsea, Sally Kellerman’s Debut 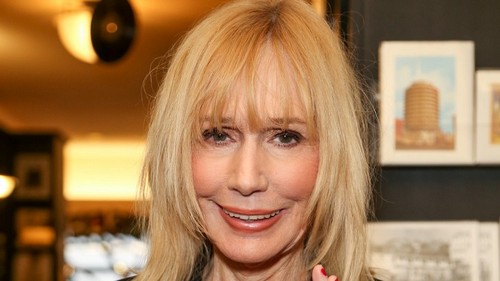 The Young and the Restless spoilers for Thursday November 13 reveal that Y&R newbie Sally Kellerman makes her debut on the soap as Constance Bingham, and shares scenes with Michael Muhney’s replacement Justin Hartley, who is now playing the part of the infamous Adam Newman. According to CDL’s exclusive Y&R spoilers source, Adam Newman is floored when he and Sage realize that the camera must have been disabled, and he wants to go home. Constance urges him to rest, and it is revealed that the elderly woman in the wheelchair is Adam’s grandmother.

The Young and the Restless spoilers for Thursday November 13’s episode tease that the camera Chelsea and Billy found in Connor’s nursery continues to haunt the couple. After fishing it out of the garbage they do a little detective work and realize that the camera was made after Adam Newman died, so he couldn’t have put it in the house to spy on the nanny. According to Y&R spoilers, Billy comes to the conclusion that Victor placed it in the house to spy on him and Chelsea.

In other The Young and the Restless news, Sharon’s old friend Grace pays her a visit out of the blue, and Sharon fills her in on her and Nick’s break-up, however Sharon insists that she and Nick will get through this little bump and be together again. However, Nick obviously doesn’t plan on reuniting any time soon, because on Thursday’s episode he announces he is hiring a lawyer and taking Sharon to court to get full custody of Faith.

The Young and the Restless spoilers for November 13 also tease that fans can expect to see Kevin continuing to hassle Michael Baldwin about his cancer and coming clean to his wife Lauren. Across town, Victor Newman plans a family dinner and tries to gather all of his children and extended family in one place.

So Y&R fans, what do you think of Adam Newman’s grandmother, we’re assuming she’s from his mother’s side of the family? Is Nick right to try and take Faith away from Sharon? How long until Billy and Chelsea put their detective caps on and realize that Adam Newman might still be alive? Let us know what you think in the comments below and don’t forget to check CDL tomorrow for more The Young and the Restless spoilers and news.