The Young and the Restless Spoilers: Nick Learns Summer Is His Daughter, Not Jack’s, Via Victor – Dylan Assaults Joe 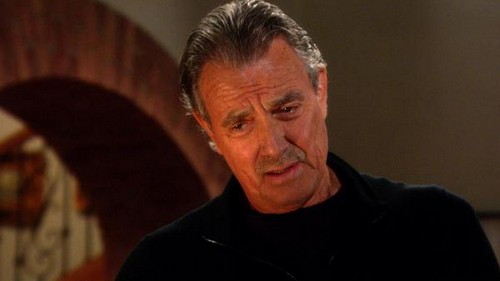 The Young and the Restless spoilers reveal that Tuesday November 4 will be another action-packed episode of the CBS soap opera. Since Phyllis Newman awoke from her coma and returned to Genoa City, fans have been speculating about whether or not she knows Sharon Newman’s secret. According to CDL exclusive Y&R spoilers for November 4 – Phyllis definitely remembers everything. In the stairwell at the ballroom Phyllis reveals that Sharon switched Summer’s DNA test results and pushed her down the staircase. Sharon reminds Phyllis that she was off her meds then.

Y&R spoilers have been teasing for a while now that Victor Newman was determined to uncover Sharon’s secret, so that he could stop his son Nick from marrying her. On the November 4 episode of The Young and the Restless, Victor shows Nick the DNA test and explains that Sharon is responsible for the mix-up. Victor, Nick, and Jack rush to the stairwell at the ballroom where Phyllis and Sharon are fighting to get to the bottom of it. This is not news Nick wanted to hear!

On the November 4 episode of The Young and the Restless, fans can also expect to see a heated confrontation between Avery’s ex Joe Clarke and Dylan McAvoy. When Dylan learns that Joe is the person buying up his business – he confronts Joe and punches him. Meanwhile, across town Devon and Hillary continue their heated affair, but unbeknownst to them they have an audience, Cane’s father Colin.

So Y&R fans, are you excited that the truth is finally out and Nick knows what Sharon did to Summer’s DNA test? Do you think Nick will forgive her – after all she was technically off her meds at the time? Will Colin tell everyone that he saw Devon kissing his step-mom, or will he choose to blackmail him instead? Let us know what you think in the comments below and don’t forget to check CDL tomorrow for more The Young and the Restless spoilers.