The Young and the Restless Spoilers: Hilary Pregnant, Stitch Arrested, Phyllis and Kelly Meet, Chelsea Asks Billy To Move In 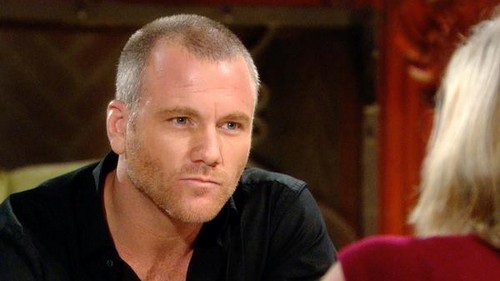 The Young and the Restless spoilers and news reveal that Y&R fans will not want to miss the October 23 episode of the CBS soap. Hilary has been playing a dangerous game on The Young and the Restless, although she is married to Neil, she has been having an affair with her step-son, Devon. Unfortunately, it looks like Hilary doesn’t know the first rule of soaps, if you sleep with a father and his son at the same time – you always wind up pregnant.

So, is Hilary pregnant after her trysts with her hubby Neil and his son Devon? Well, according to The Young and the Restless rumors, yes. And spoilers for the October 23 episode of the CBS soap reveal that Lily thinks so, too. Lily has recently tried to bury the hatchet with Hilary and tries to spend some time with her; however, Hilary will spend most of the time not eating her food, acting nervous, and rushing to the bathroom. After their bizarre afternoon together, Lily reveals to Devon that she thinks Hilary is pregnant!

According to Y&R spoilers, on October 23 fans can also expect to see Phyllis and Kelly running in to each other at the club, however Jack informs Phyllis that Kelly is just an old friend of Billy’s. Stitch and Victoria share a close moment, but they are interrupted when an officer arrives and arrests Stitch. And Abby schemes to use her Mom Ashley’s new love potion to make Victoria and Billy fall back in love with each other.

So, Y&R fans, do you think Hilary is going to wind up pregnant and have no idea if Devon or Neil is the baby’s father? Who do you think Hilary should be with? Are you Team Devon or Team Neil? Why on earth is Stitch being arrested now? And how ridiculous is this love potion storyline? Let us know what you think in the comments below and don’t forget to check CDL tomorrow for more The Young and the Restless soap spoilers and rumors.