The Young and the Restless Spoilers: Will Chelsea Choose Billy or Adam – Struggle Looms In Deadly Love Triangle 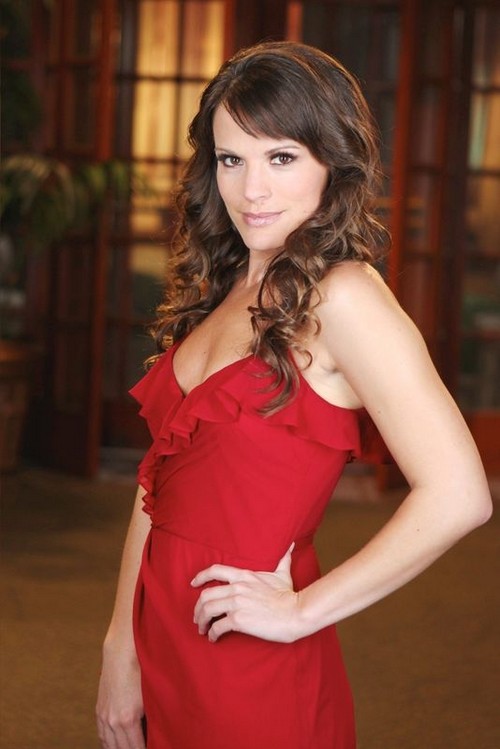 The Young and the Restless Spoilers promise a tricky love triangle between Adam Newman, Billy Abbott and Chelsea Newman as Adam makes his way back to Genoa City. Here we explore the history of Chelsea and  see how this will help determine the likely outcomes and storylines on Y&R. Melissa Claire Egan has portrayed Chelsea since her debut November 11, 2011.

Chelsea Newman is the daughter of Anita Lawson and Jeffrey Bardwell.  Chelsea shows up in Genoa City pregnant with Billy Abbott’s baby. She was hired by Victor Newman to seduce a drunk Billy when he was in Mayanmar. He was in jail while he was there for drug possession all orchestrated by his father-in-law Victor. Victor wanted to keep Billy as far away from his daughter Victoria.

Chelsea and her mother Anita, a con artist, tried to take as much money as they could initially from Billy and Victoria. They paid all her prenatal expenses. When Chelsea saw that Victoria and Billy were really in love and wanted a baby of their own, she had a change of heart. She decided to give the baby to both Billy and Victoria when it was time.

Chelsea lived in an apartment at Billy and Victoria’s place. They took care of her during the remainder of her pregnancy. Before long, Chelsea became friends with Adam Newman. They both had troubled past and leaned on each other for support. Chelsea wanted to find her biological dad. With Adam’s help, Jeffery Bardwell was determined to be her dad.

After an argument with Victoria, a very pregnant Chelsea fell through ice. Adam was able to save Chelsea. She also went into labor. Adam again came to the rescue and delivered Chelsea’s baby. Chelsea than gave up her parental rights and handed Johnny over to his biological father Billy and his wife Victoria.

Not long after, the friendship between Chelsea and Adam turned into romance. The couple soon eloped to Kansas where Adam had his mother’s Hope farm. When the happy couple returned to Genoa City, they bought their own mansion to start the beginning of their married life.

The couple soon realized they were expecting their first baby! The Young and the Restless newlyweds decided to take a honeymoon. Unfortunately, on their way to the airport, they were in a car accident. Chelsea ended up having a miscarriage. Both Adam and Chelsea grieved the loss of their unborn child, but emotionally Adam turned away from Chelsea. The loss way to great to bear.

Adam claimed he still loved Chelsea, but turned to Sharon for comfort. Chelsea even caught them kissing. Chelsea wanted out after Adam saved Sharon from the fire she caused at the Newman Ranch. Chelsea tried to persuade Adam to move to Paris, but he would not leave Newman Enterprises. Shortly after, they divorced.

Right after the divorce, Chelsea realized she was pregnant again. This time she was afraid if Adam found out, he would try and take the baby away from her. With her best friend and co-worker, Chloe, they devised a plan. Chelsea arranged to have a one night stay with Dylan MacAvoy. Shortly after, Chelsea announced she was pregnant with Dylan’s child. A jealous Adam, that was still deeply in love with Chelsea, wondered if the baby could possible be his.

Dylan wanted to do the right thing by Chelsea and the baby. The two started living together and planned for their future. Dylan proposed to Chelsea and she said yes. Chelsea and Dylan were married. Dylan ended up delivering the baby. They named him Connor.

It was soon determined that baby Connor had an eye disorder. Since blindness runs in Adam’s family (his mother was blind) he assumed the baby was indeed his. Even though the baby didn’t have the inherited eye disease, Chelsea finally confessed that Adam was the true father of Connor not Dylan. The Y&R news left Dylan totally devastated. Adam was angry that Chelsea lied, but forgave her. Chelsea and Connor than moved into Adam’s penthouse so both parents could raise the baby.

Things were going well for the happy family. Chelsea and Adam were starting to create a family atmosphere for their newborn. After Chelsea’s divorce was final, Adam and Chelsea started to be romantically involved again. This time it felt so much real for them.

A few months later, it was discovered Connor truly had an eye condition. His sight was in jeopardy. He needed a cornea transplant very soon. Adam and Chelsea were devastated at the thought that their little boy could soon be blind.

A distracted Adam, drove home by himself after a doctor’s appointment. He swerved to miss a dog in the road. Later, he realized he hit Delia Abbot. Afraid he would lose his son and Chelsea, he didn’t say anything. He did make a video confession of the hit and run. When Chloe learned about Connor’s eye condition, she offered her dead daughter’s corneas to Connor. Chelsea and Adam were so relieved and thankful. Adam was feeling guilty, but chose to honor Delia’s memory by creating a non-profit in her name.

Connor’s surgery was a success. Chelsea and Adam were so happy. Adam proposed to Chelsea once again. The two were married at the Justice of the Peace. Their wedding night ever came. After Billy Abbott discovered it was Adam that hit his daughter Delia with his car, Billy lured Adam to Delia’s memorial sight.

Adam and Billy were missing for days until Adam’s car was discovered in a ravine. Billy returned home and it was determined that Adam was dead. They never found his body, but it was assumed it must have floated down the river.

Chelsea was complete wreck when she heard the news. She didn’t want to believe it. How could the man she just married, be gone. A short time later, she discovered the video confession that Adam made. She knew he was the one that was the hit and run driver that killed her best friend’s daughter. She was so upset. How could he have done something like this and never say anything about it.

For months Chelsea and Connor went about their daily lives with out Adam. Even though Chelsea was mad at Adam for what he did, she stilled loved him. At the same time, she knew it was time to move on.

Billy Abbott starting showing interest in Chelsea. The two formed a friendship which eventually lead to dating. Unknown to anyone, Adam was still alive. He was recouping somewhere from the injuries he sustained in the car accident with Billy. He wanted to keep tabs on Connor and Chelsea. He had someone plant a spy camera in Connor’s bedroom. This way, Adam could check on Chelsea and Connor when ever he wanted.

Things became to get serious for Chelsea and Billy. She asked Billy to move in. When he did, Adam was not pleased. Chelsea discovered the spy camera and Billy thinks it was Victor who had it planted.

Adam is now more determined than ever to get back to his life with his son Connor and wife Chelsea. This is where Chelsea is now. When Adam returns to GC, will Chelsea choose Adam or Billy?? Will Chelsea be able to forgive Adam about Delia’s hit and run accident?? Stay turned to Y&R and this site for more The Young and the Restless Spoilers Tomorrow!