The Young and the Restless Spoilers: Ashley Wants Stitch, Stitch Wants Victoria, But Victoria Might Be Pregnant With Billy’s Baby! 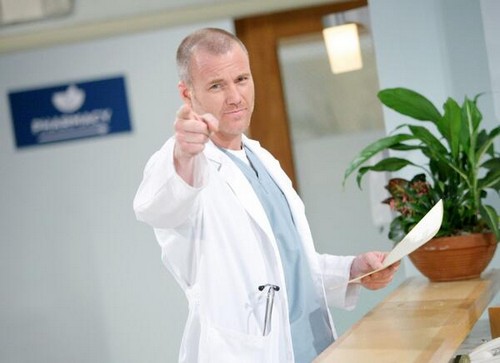 Nothing like a good triangle to reel in soap fans, right? Well, that is what Jill Farren Phelps is hoping for over at The Young and the Restless. Ashley Abbott has decided to try and pick things up exactly where they left off with Stitch. She knows that their last several interactions have been really flirty and that he has sent his regards through Abby so Ashley quite obviously sees this as a sign that making a move towards Stitch is a good idea. This week on The Young and the Restless Ashley showed up at the hospital and tried to convince Stitch to spend some quality time together after his shift.

Unfortunately for Ashley the hot doctor already has a date, with Victoria. She puts two and two together when Victoria shows up moments after Stitch blows her off. Ashley makes it perfectly clear that she is really rooting for her brother Billy to reconcile with Victoria which means that she is the last person that she wants to see hanging around Stitch. Once Stitch leaves to go and change for their date the scene between the ladies turns into the educated woman’s version of a cat fight. Victoria isn’t stupid and realizes that this is more about Ashley wanting Stitch for herself than it is her caring about her brothers’ life.

Obviously Stitch isn’t interested in Ashley now that Victoria is in the picture, but do you think that will really effect Ashley or will she continue to pursue him? According to The Young and the Restless spoilers, Victoria is showing signs of a possible pregnancy. If the baby turns out to be Billy’s then Ashley may still stand a chance to win Stitch over.

Here’s the real question at hand- are either of these ladies right for Stitch? Should Victoria reconcile with Billy or is she better off with Stitch? Does Billy even want to reconcile with Victoria, or is he interested in Chelsea now? What do you think of all of these new couples emerging on The Young and the Restless? If Victoria does wind up pregnant, then the dynamics of all of the relationships will be changing for sure. Tell us your thoughts in the comments below! And, don’t forget to check CDL tomorrow for more The Young and the Restless spoilers.