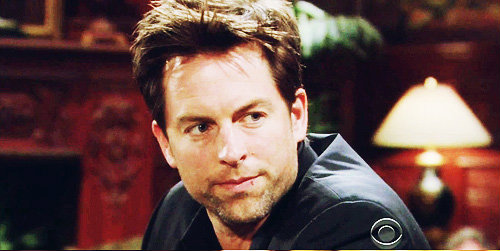 Fan favorite Muhney was fired by producer Jill Farren Phelps after he was accused of allegedly groping his co-star Hunter King in December,2013. Muhney’s character on the CBS soap Adam Newman made his last appearance on January 30th 2014, when he was thought to have died in a fiery car crash. For months the Y&R writers played a game of cat and mouse with fans, teasing whether Adam was really dead or alive.

Finally this month a scene between Adam Newman and his accomplice proved that he is still very much alive, and is currently faking his death. Ironically in the scene featuring Adam Newman, his face was never shown. It wasn’t because the Y&R producers wanted to keep their replacement a secret though, it was because they still hadn’t yet found a replacement!

According to the latest edition of CBS Soaps In Depth, all of that is about to change. The magazine stated that, “the soap is actively searching for an actor to succeed Michael Muhney in the role, and in early April contenders will be considered.” The Adam Newman storyline on The Young and the Restless is picking up pace, and the writers can only keep the character’s face hidden for so much longer before Newman begins to look like a phantom. There is a strong chance that Y&R fans will meet Michael Muhney’s replacement before the end of May.

Who do you hope to see replace Michael Muhney as Adam Newman on The Young and the Restless? Or are you one of those fans who could care less who the replacement Adam Newman is because you began boycotting the soap opera months ago when Muhney was fired. Share your thoughts and theories in the comment section below and don’t forget to check CDL regularly for The Young and the Restless spoilers.

Update: Our industry sources report that a final decision about who to hire to play Adam is in the offing – and it most certainly will not be a re-hire of Michael Muhney. We expect to get the name of the actor this weekend so check back to CDL as we will be posting this breaking news as soon as we know!

We’ve reached out to our sources and expect to be updating this post by Monday morning, April  28, with the news of who will be playing Adam.