BY Amanda Austin on October 29, 2014 | Comments: 15 comments
Related : Days of Our Lives, Soap Opera, Spoiler, Television, The Young and the Restless 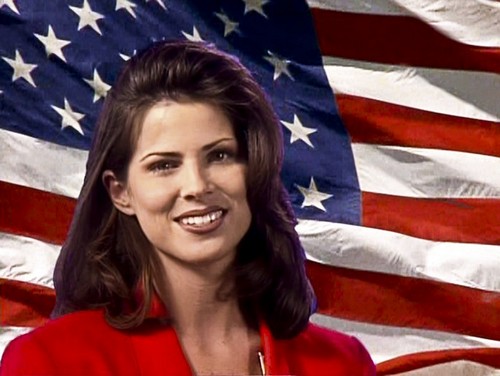 The Young and the Restless spoilers and comings and goings tease a slew of new faces in Genoa City during November 2014, just in time for November sweeps. Y&R spoilers reveal the news that soap actress Julianne Morris Polaha (of Baywatch Nights and Days of Our Lives) will be arriving in Genoa City as Amy Wilson.

For those of you who don’t remember, Amy Wilson actually isn’t a new character for Y&R, she appeared on the CBS soap from 1994-1996. Amy was introduced as Nick Newman’s first girlfriend, and Victor and Nikki supported their relationship because Amy and her family were respected among Genoa City’s high-society. Eventually Nick wound up falling in love with Amy’s shady BFF Sharon, who was in a relationship with another man named Matt Clark. Later on it was revealed that Sharon’s boyfriend Matt Clark has raped Amy, so she shot and killed him.

Amy Wilson’s return to Genoa City after nearly twenty years could mean a lot of things, we’re especially intrigued by Amy’s last name. Ironically, Adam Newman is also slated to return to The Young and the Restless during the month of November. And, any die-hard Adam Newman fans can tell you that when he first arrived in Genoa City he went by the name Adam Wilson, after his mother Hope Adams Wilson. So, there is a good chance that Amy may be Adam’s half-sister, seeing as how she arrives in Genoa City around the same time he does.

So Y&R fans, what is your theory on the character of Amy Wilson? Could she be related to Adam Newman? Or is she possibly returning because Joe Clark is in town, and Joe is a relative of Matt Clark, the man who raped her many years ago? Let us know what you think of Julianne Morris Polaha joining Y&R in the comments below and don’t forget to check CDL tomorrow for more The Young and the Restless spoilers and news.