The Young and the Restless Spoilers: Chelsea’s Final Farewell to Adam Newman, Ashley and Stitch Get Close, Is Michael Dying? 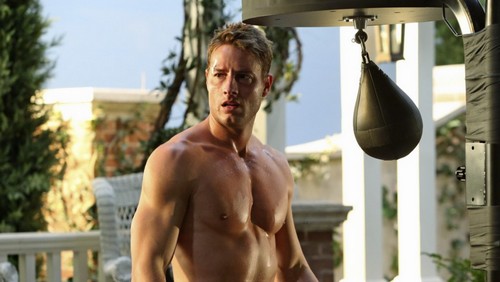 The Young and the Restless spoilers for the October 28th episode of the CBS soap tease that Kevin is suspicious of Michael Baldwin’s behavior. After months of Y&R rumors that Jill Farren Phelps was killing off the character of Michael Baldwin (Christian LeBlanc) finally came to fruition and Michael was diagnosed with cancer, Michael has been trying to hide his diagnosis from his friends and family. According to Y&R spoilers, on October 28 Kevin overhears Michael on the phone with his doctor, and accuses Michael of having an affair and cheating on Lauren. It looks like it will only be a matter of time before Kevin discovers the truth though, because he takes it upon himself to hack into Michael’s laptop.

Billy Abbott (Burgess Jenkins) and Chelsea Newman’s relationship has been doomed from the start — because we all know that Adam Newman is returning to the CBS soap on November 5. However, according to The Young and the Restless spoilers and news, Chelsea (Melissa Claire Egan) decides she is going to officially let go of her not-so-dead hubby so that she can move forward with Billy. She heads to the church and leaves behind a handkerchief belonging to Adam’s mother, Hope Wilson, and lights a candle in memory of him. Unbeknownst to her, a mystery woman is hiding in the church and listening in on her impromptu ceremony. After Chelsea leaves the church she heads home to Billy and professes her love to him.

In other Y&R news, on October 28 fans can expect to see a heated conversation between Nikki and Maureen. Nikki Newman (Melody Thomas Scott) doesn’t understand why Maureen won’t have her husband’s case reopened so she can try and clear her own son’s name. Meanwhile, a stressed Stitch learns that Ashley Abbott is the person who posted his bail, and agrees to go out of town with her to meet with a patent attorney.

So, Y&R fans, what do you think of Michael Baldwin’s cancer story? Will he pull through or are rumors that JFP is killing off another iconic character true? Who was the mystery woman in the church, is she somehow linked to Adam Newman (Justin Hartley)? And what do you think of Ashley and Ben’s budding new friendship? Is it just a matter of time before they become more than just friends? Let us know what you think in the comments below and don’t forget to check CDL tomorrow for more The Young and the Restless spoilers and news.