The Young and the Restless Spoilers: Victoria Chooses Between Stitch and Bill for Baby-Daddy – Victor and Nikki Major Fight 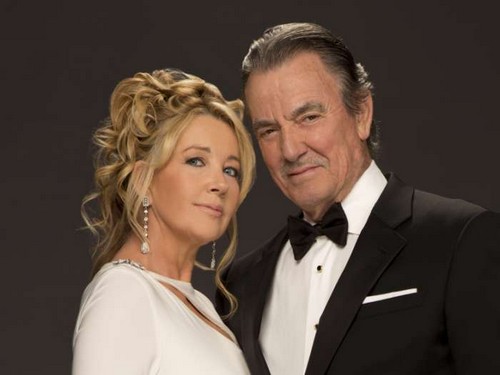 The Young and the Restless spoilers for the week of October 27 tease some exciting news and drama-filled episodes for fans of the CBS soap. Y&R news for the upcoming week reveals that fans will learn more about Stitch and Kelly’s father’s death, Michael Baldwin’s cancer is further addressed, and Phyllis’s intentions are finally revealed.

Monday October 27:  According to Y&R spoilers and news for October 27 fans can expect to see a major blow-up between Nikki Newman and her hubby Victor (Eric Braeden). Meanwhile, their daughter Victoria contemplates who she wants her baby-daddy to be, Billy or Stitch (Sean Carrigan) – rumors of one of her lovers’ paternity will prove to be exagerated. And, Nikki learns that there is more to Stitch’s father’s death than he originally confessed to.

Tuesday October 28: The Young and the Restless comings and goings reveal that on October 28 General Hospital alum Kelly Sullivan makes her Genoa City debut as Sage. Kevin overhears Michael (Christian LeBlanc) on the phone with his doctor explaining that he doesn’t want his wife Lauren to know about his cancer.

Wednesday October 29: The Young and the Restless fans have been speculating for a while if Hilary is pregnant after her trysts with her hubby Neil and his son Devon. On October 29 Neil’s daughter Lily begins to question whether or not her dad’s wife has a bun in the over as well.

Friday October 31: Rumors had it that when Phyllis returned to The Young and the Restless it would only be matter of time before she dropped her doe in the headlights façade and began her scheming. The Young and the Restless spoilers in the November 3rd edition of Soap Opera Digest reveal that on October 31, “Phyllis (Gina Tognoni) sets her plan in motion.” Unfortunately, we’re still not exactly sure what “her plan” is.

So Y&R fans, do you think that Stitch’s father’s death was an accident, or is he covering for his mother Maureen, or maybe even his sister Kelly? How much longer can Nikki Newman continue to run around town drunk before someone figures out what she is up to? And, what is Phyllis’s big plan? Let us know what you think in the comments below and don’t forget to check CDL tomorrow for more The Young and the Restless spoilers and news.