The Young and the Restless Spoilers: Chelsea and Billy Make Hot Steamy Love! How Will Adam and Victoria React? 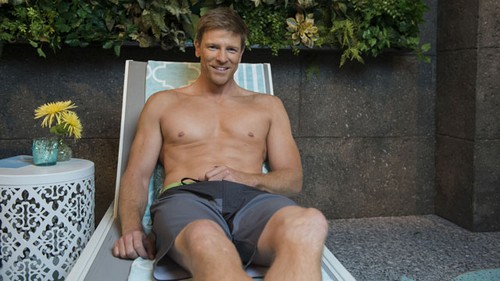 The Young and the Restless spoilers for Monday July 7 tease there will be a hook-up in Genoa City that no one saw coming. Y&R fans have speculated for weeks now whether Chelsea Newman and Billy Abbott would end up sleeping together, as they have been spending a lot of time together and do have an undeniable chemistry. According to CDL’s exclusive The Young and the Restless spoiler source, Chelsea and Billy get hot and heavy on July 7th after Billy hurts his back looking for the spy camera in the nursery, and Chelsea tries to give him a massage.

Chelsea is mourning the death of her husband Adam Newman (who the audience knows isn’t actually dead), and Billy is mourning the death of his daughter Delia, who Chelsea’s husband allegedly killed. You would think that that drama alone would deter the two from wanting to hook up with each other. And, to make matters worse, Billy actually tried to kill Chelsea’s hubby right before the car accident!

Ironically, Billy and Chelsea grew closer while she was trying to help him win back his wife Victoria, who may or may not be pregnant with his baby. Victoria already showed signs of jealousy when she found out Billy and Chelsea were spending time together, if she finds out they are sleeping together then she will probably decide she wants Billy back. It will be interesting to see if Billy drops Chelsea like a bad habit when Victoria comes running back to him.

Also, Y&R fans at home know that Adam Newman has been keeping close tabs on his wife Chelsea and son Connor. Between the hidden spy cameras and the private investigators following them, it will only be a matter of time before Adam realizes Chelsea and Billy are sleeping together. So, on a good note, Billy and Chelsea’s affair might bring Adam Newman back to Genoa City!

Are you shocked that Billy and Chelsea are going to hook up on July 7th? Or, did you see their affair coming a mile away? How do you think Victoria and Adam Newman will react? Share your thoughts and theories in the comment section below and don’t forget to check CDL tomorrow for more The Young and the Restless spoilers.