The Young and the Restless Spoilers: Chloe Asks Billy To Get Her Pregnant – Replace Daughter Delia With New Baby? 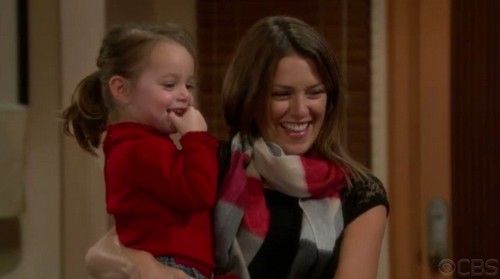 The Young and the Restless spoiler videos for Tuesday April 29 show Chloe propositioning Billy with an interesting request, she wants to have another child with him to replace their deceased daughter Delia. Billy and Chloe’s relationship was short-lived and far from perfect, but they did create a nearly perfect child together. It makes sense that Chloe would want to fill the void in her life with another child of Billy’s, but I think we all can agree that is a horrible idea-for so many reasons.

Since their daughter Delia was murdered in a hit and run, allegedly by Adam Newman, Billy and Chloe have both been spiraling downward. Billy’s grief caused him to cheat on Victoria (again) and cost him his marriage. Chloe went down an equally destructive path and began lashing out against Chelsea, her former BFF. Since Chloe believed Chelsea’s husband Adam killed her daughter Delia, she kidnapped Chelsea’s son Connor and left the country with him! So, both Chloe and Adam have had some issues getting over Delia’s death and they are both in such a horrible place in their lives, that they just might be crazy enough to go through with this “Delia Replacement” scheme.

To further complicate matter, Billy’s ex Victoria may or may not be pregnant and the baby may or may not be his. Last week Victoria Newman began showing signs of nausea, and Y&R fans began speculating that she may be pregnant with either Stitch or Billy’s child. How insane would it be if Billy went through with Chloe’s plan and impregnated her again, only to find out he already has a baby on the way with Victoria?

Do you think Billy will accept Chloe’s proposition? Or, could this be the final straw that lands Chloe in the mental hospital? Let us know what you think in the comments below and don’t forget to check CDL tomorrow for more Y&R spoilers and speculation.