The Young and the Restless Spoilers: Chloe Drugs and Rapes Billy – Desperate To Have Another Delia

BY Amanda Austin on May 4, 2014 | Comments: 5 comments
Related : Soap Opera, Spoiler, Television, The Young and the Restless 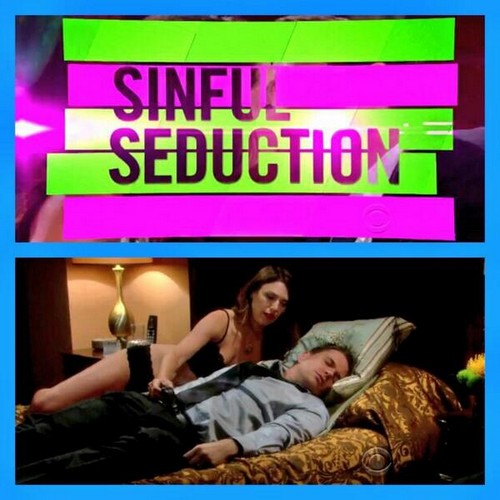 It’s no secret that Elizabeth Hendrickson has not renewed her contract with The Young and the Restless, and the writers will be writing her character Chloe Mitchell out of the soap opera very soon. But, it looks Chloe is going to go out with a bang! Just when we thought her character couldn’t get any more crazy, The Young and the Restless spoilers tease otherwise. According to CDL’s exclusive spoiler source, Chloe takes her crazy to a whole new level on Monday May 5th, and she attempts to rape Billy Abbott!

Y&R fans were a little taken aback last week on The Young and the Restless when Chloe propositioned Billy, and requested that he give her a semen sample so she could get pregnant and have another Delia. It’s no secret that Chloe has had some problems coping with the death of her and Billy’s daughter Delia, but replacing her with a new baby isn’t the answer. Billy turned Chloe down, and explained he was still in love with Victoria and if he was having any babies, it was going to be with Victoria.

On Monday May 5th The Young and the Restless fans will see that Chloe Mitchell doesn’t take “no” for an answer, and she is having Billy’s baby whether he agrees to it or not. How does a woman get pregnant by a man that isn’t willing to have sex with her on a soap opera? Drug them, obviously. Chloe follows Billy to a bar and buys him rounds of drinks until he is unable to stand upright, and then takes him home and has her way with him.

Ironically and unbeknownst to Billy, Victoria Newman is pregnant and there is fifty percent chance that the baby is his. How crazy would it be if Chloe winds up pregnant with Billy’s baby as she has planned, and then Victoria winds up being pregnant with his baby too. Billy Abbott could have two babies on the way!

Do you think Chloe will be able to pull off getting pregnant by Billy while he is passed out (which I’m pretty sure is considered rape)? Billy is still holding on to hope that he and Victoria may reconcile, if Chloe winds up pregnant with his baby – Victoria will never believe that she took advantage of Billy, especially considering his track record. Then again, Victoria may be pregnant with another man’s baby-so she really can’t hold it against Billy. Who do you think is the father of Victoria’s baby, and do you think Chloe will wind up pregnant too? Share your thoughts and theories in the comment section below, and don’t forget to check CDL tomorrow for more The Young and the Restless spoilers.