The Young and the Restless Spoilers: Avery Finds Dylan Covered In Blood after He Saves Nikki and Attacks Ian Ward! 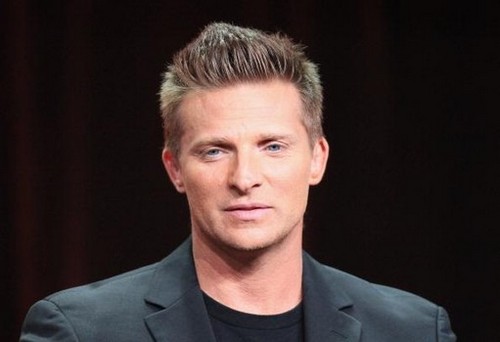 The Young and the Restless spoilers tease that Tuesday, September 2 will be a must see episode for Y&R fans. Ian Ward has been wreaking havoc in Genoa City for months now on the CBS drama, and according to Y&R spoilers, he might just finally get what he deserves. After harassing Nikki Newman and her son Dylan, kidnapping Mariah, drugging her and marrying her, there aren’t too many people on The Young and the Restless who don’t hold have a bone to pick with the self-proclaimed life coach.

According to our The Young and the Restless spoiler source, Ian Ward pays Nikki Newman a visit and informs her that they have “unfinished business.” While Ian is tormenting Nikki she receives a phone call from Dylan, and tips him off that Ian is with her. Just as Ian is about to inject Nikki with a syringe, Dylan comes barging in to the rescue. After making sure his mother is okay, Dylan runs out of the Newman house to chase down her attacker Ian Ward.

The Young and the Restless spoilers for September 2 reveal that we don’t actually see Dylan catch Ian. However, after the fact Avery finds Dylan at the café covered in blood and trying to clean himself up, he insists that he just accidentally cut himself with a knife. But, it looks like if anyone was “accidentally cut” it must have been Ian. What do you think Y&R fans? Does Dylan have what it takes to kill Ian Ward, after all his anger has been out of control lately and he does battle with PTSD? Let us know if you think Dylan killed Ian in the comments below, and don’t forget to check CDL tomorrow for more The Young and the Restless spoilers.