The Young and the Restless Spoilers: Ashley Abbott Back With Cruel Agenda – Ian Attacks Nikki – Phyllis Quizzed by Victoria 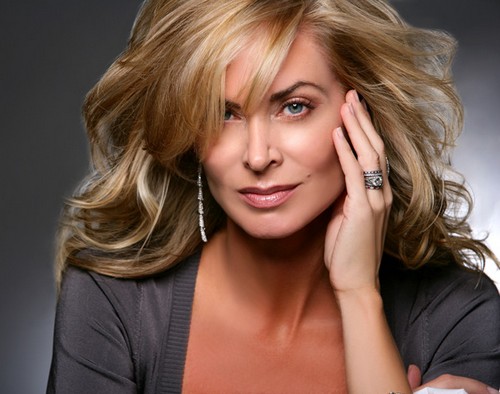 The Young and the Restless spoilers for September 1 -5 reveal that Eileen Davidson will be returning as Ashley Abbott on September 3. According to Y&R spoilers in TV Guide magazine, when Ashley returns to the canvas she will be bringing some sort of borderline magical perfume that is supposed to make women undesirable to men. Ashley offers the perfume to Jabot Cosmetics, as long as she can regain the CEO position, or at least share the position with Jack. The Young and the Restless spoilers also tease that Ashley Abbott will share scenes with Stitch Rayburn as well, they did do a lot of flirting when Ashley met him at the hospital the night she sprained her ankle, maybe Ashley will be Stitch’s new love interest?

September 1-5 will be an intense week for Y&R fans. According to The Young and the Restless spoilers, Sharon and Nick may have rescued Mariah from Ian Ward, but his reign of terror is far from over. While Mariah is taken to the hospital, and Sharon and Nick try to explain to her that she is actually Sharon’s daughter, Ian attacks Nikki Newman. Luckily while Ian is at Nikki’s house with syringe in hand, poised to attack, Nikki receives a phone call from her son Dylan. Nikki manages to tip Dylan off that Ian Ward is there and she is in trouble, and Dylan fills his dad Paul in on that phone call and they rush to try and save Nikki. But, will they arrive in time?

The Young and the Restless spoilers for the week of September 1st also tease that Jack and Kelly reach a major milestone in their relationship, unbeknownst to Jack his true love Phyllis has arisen from her coma. Victor Newman doesn’t even give Phyllis a chance to brush her teeth after her super long nap, and begins hounding her in her hospital bed for answers regarding Sharon’s secret. According to Y&R spoilers, there is a good chance Phyllis doesn’t even remember Sharon’s secret.

So Y&R fans, are you excited for the return of Ashley Abbott? Do you think that she and Stitch make a cute couple, or would you rather see him with Victoria Newman? And, what about Ian attacking Nikki, will Paul and Dylan save the day or will they be too late? Let us know what you think in the comments below and don’t forget to check CDL tomorrow for more The Young and the Restless spoilers.