BY Cate Meighan on August 11, 2014 | Comments: 2 comments
Related : Days of Our Lives, Real Housewives of Beverly Hills, Reality TV, Soap Opera, The Young and the Restless 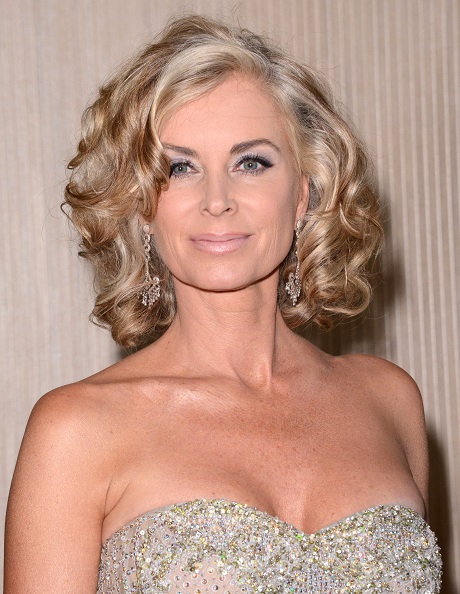 Well, now I’m starting to understand why Bravo thought bringing Eileen Davidson into the cast of The Real Housewives of Beverly Hills would be a great idea. I mean, there’s the obvious fan base. Eileen has been a soap star staple for over two decades, bouncing back and forth between both Days Of Our Lives and The Young and the Restless. There is also some personal drama, as Eileen has been grieving the loss of her sister and her niece; they both died within two months of each other earlier this spring.

Perhaps there is an even better reason why Bravo’s powers-that-be think Eileen is a great choice: she is a home wrecker! According to the Aug. 18th print edition of Star Magazine, back in 2001 while married to fellow actor Jon Lindstrom, Eileen began actively pursuing the also-married Vince Van Patten. Both marriages crashed and burned and Eileen and Vince have been married since 2003. Sources close to the actress wonder if that roving eye could strike again, especially since she is under a lot of strain.

As for fellow cast members on The Real Housewives of Beverly Hills, well, they have already been made aware that they need to keep an extra eye on their men when Eileen is around. Plus, there are no secrets in the soap world, so the behavior Eileen exhibited while on Days Of Our Lives, as well as The Young & the Restless, continues to follow her everywhere she goes.

How do you think that Brandi Glanville will react to Eileen? She is by far the most outspoken about infidelity, and I’m willing to bet that she won’t be so accepting of bringing a home wrecker into the group! What are your thoughts on Eileens joining RHOBH? Tell us in the comments below!