The Young and the Restless Spoilers: Is Mariah Sharon’s Daughter – There are Clues – Helen Copeland Arrives 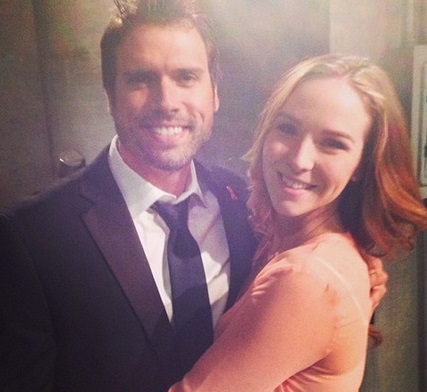 The Young and the Restless spoilers have teased for weeks now that Helen Copeland, Mariah’s mother, would be arriving in Genoa City. Even though Mariah is a dead ringer for the late Cassie Newman (and it’s no wonder seeing as how Cassie and Mariah are both played by the same actress Cassie Grimes), she insists that she is in no way related to the Newman Family. Since she began growing closer to Sharon Newman, Nick has been snooping around and trying to dig up some information on the woman she claims is her mother, Helen Copeland.

According to our exclusive CDL The Young and the Restless spoiler source, on Thursday August 14 Helen Copeland will arrive in Genoa City, and even more clues will be dropped that lead us to believe Mariah is Cassie Newman’s twin. When we first learned that Helen was a nurse, fans automatically jumped to the conclusion that Helen stole one of Sharon’s twins from the hospital when she gave birth to them. During the August 14th episode of Y&R, Mariah reveals that not only was her mom a nurse, but she was a pediatric nurse which means she would have had access to the babies in the nursery at the hospital.

Our Y&R spoiler source also revealed that during the August 14 episode, Mariah also makes a statement to Nick Newman about Helen Copeland that is another tell-tale sign that she may not be Helen’s biological daughter. Mariah told Nick that Helen “never got her” and she “never got Helen” like a mother and daughter should.

Ian and Helen have both teased that Helen Copeland was a horrible mom to Mariah, and that is part of the reason she turned out the way she did. What doesn’t make sense to us, is if Helen didn’t want Mariah and couldn’t take care of her, then why would she steal her form the hospital? And, how did Sharon not notice that she gave birth to not one, but two babies?

What do you think Y&R fans? Is Mariah a long-lost twin of Cassie Newman that was stolen from the hospital? Or is she really Helen Copeland’s daughter and it is just a bizarre coincidence that she could pass as Cassie Newman’s twin? Let us know what you think in the comments below and don’t forget to check CDL tomorrow for more The Young and the Restless spoilers.