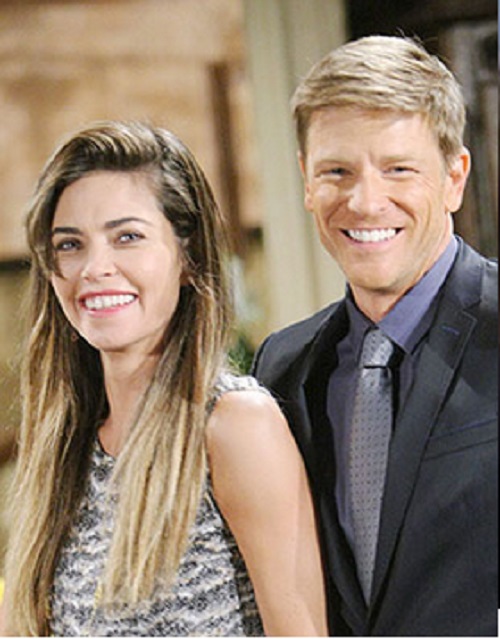 There is never a dull moment in Genoa City, and The Young and the Restless spoilers for Wednesday August 6 are proof of that. According to CDL’s exclusive Y&R spoiler source, fans can expect to see a shocking kiss on the upcoming episode. Billy Abbott isn’t ready to let Victoria go, but so far Victoria has been adamant that she will not be rekindling her marriage to Billy any time soon, despite the fact that she broke up with Stitch. However, according to The Young and the Restless spoilers, Billy lays a kiss on Victoria…and she kisses him back! It looks like a Billy and Victoria reunion might still be in the cards.

The Young and the Restless spoilers also tease that Mariah will make a surprising friend in Genoa City. While Nick is playing detective and searching for Mariah’s birth mother Helen Copeland online, Mariah will be getting to know fans’ favorite detective Kevin! Kevin and Mariah actually realize they have a lot in common, and with Chloe off the canvas, you never know there could be a new romance brewing in Genoa City.

On August 8th The Young and the Restless fans can expect to see Nikki Newman having another meltdown. She might have won her court case, but someone is leaking her graphic diary to the press and soon everyone in Genoa City will know all about her sordid past. It is safe to say that the diary-leaker is most likely Nikki’s nemesis Ian Ward. After all, he did threaten that he had one more trick up his sleeve.

So Y&R fans, what do you think about Billy and Victoria sharing a kiss? Do you think there is a reconciliation in their future? Or are you still not ruling Stitch out? And, how do you feel about a possible connection between Mariah and Kevin? Let us know what you think in the comments below and don’t forget to check CDL tomorrow for more The Young and the Restless spoilers.