The Young and the Restless Spoilers: Neil’s Eyesight Returns, Catches Hillary and Devon Cheating – Cane and Lily Break Up 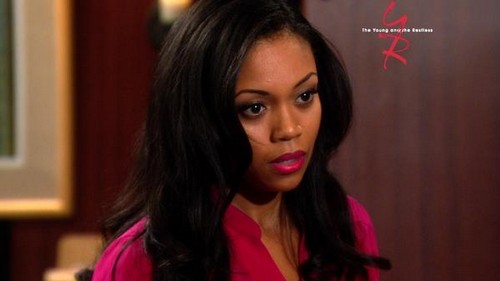 The Young and the Restless Spoilers are exploding with developments on two of Y&R hottest storylines! The first rumor is that Neil Winters will finally regain his eyesight! For months we have been watching Neil trying to come to terms with the consequences his blindness has taken on his life. Especially the toll it has taken on his beautiful young wife Hillary and their resent marriage.

We learned on Monday, December 8 episode, that Neil has been consulting with a top notch eye doctor. They are hoping a new radical technique performed on his eyes will let Neil see again. The Y&R rumors are also stirring that Neil will finally catch his son Devon cheating with step mommy Hillary! The exact details of how this storyline will unfold have not been fully revealed yet, but The Young and the Restless news will leave the entire Winters and Ashby families in total turmoil!

Cane for starters, has known about Devon and Hillary’s illicit affair from the get go. The effect this devastating news will have on Cane and Lily marriage will be nothing short of disastrous! As soon as Lily discovers her Aussie husband has been lying to her again, will be cause enough for the duo to split!

The Y&R rumors are also teasing that Neil is going to take drastic measures concerning his own life. How will Neil ever be able to call Devon his son again? Or look at Hillary as his wife? Neil’s distraught emotional saga might have him ‘Falling off the Sobriety Wagon’ and start drinking once again. Will Neil and the people closest to him, ever be able to pick up the pieces and be a family again? Will the guilt of Hillary and Devon’s dirty deeds finally overwhelm them? Neil may just need the support of his brother Malcolm again. Keep watching Y&R everyday and checking the Young and the Restless spoilers posted on CDL for more news, rumors and teases and check out our “Best Death” poll!