The Young and the Restless Spoilers October 3: Nick and Sharon’s Wedding Day – Phyllis Arrives and Gets Arrested! 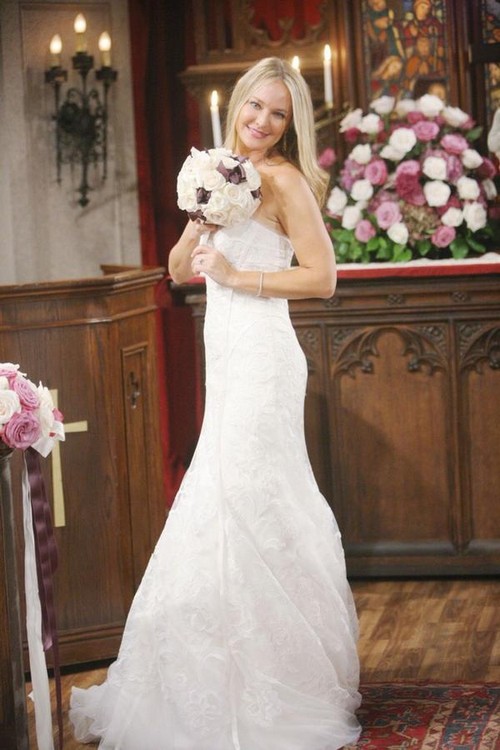 The Young and the Restless spoilers have been teasing that Nick Newman and Sharon would be getting married for a few weeks now, and the big wedding is finally here. Of course, Y&R is pulling out all of the stops for the elaborate nuptials. After the hilarious bachelor and bachelorette party episodes where half of the cast landed in the Genoa City slammer, CDL’s exclusive The Young and the Restless spoilers source reveals that on Friday October 3 the wedding ceremony will kick off.

The Young and the Restless spoilers reveal that nearly everyone is in attendance for the big day. Sharon’s bridesmaids join her while she prepares, and even stay true to tradition and give her “Something Old” and “Something New” gifts. In an awkward twist, Summer decides to give Sharon her mother Phyllis’s earrings as a wedding gift and Sharon decides to wear them while she married Nick.

While everyone else is preparing for Nick and Sharon’s wedding CDL exclusive Y&R spoilers for October 3 reveal that Phyllis is also getting ready for the big day. After she gets dressed up in her hotel room, and heads to the wedding ceremony. The entire reason Victor Newman had doctors use experimental medicine to bring Phyllis out of her coma, was so that she would expose Sharon’s secret to Nick before he and Sharon said their “I Do’s.” But, nothing is ever that simple on a soap opera. According to Y&R spoilers Phyllis arrives at the wedding, but before she walks in, she is arrested by a police officer for assaulting a man she met while she was hitch-hiking.

So Y&R fans, will you be tuning in to Sharon and Nick’s wedding? So you think that the police will cart Phyllis away, or she will manage to break free from the officer and stop the wedding to tell Nick that Sharon lied about Summer’s paternity test? Let us know what you think in the comments below and don’t forget to check CDL tomorrow for more The Young and the Restless spoilers.