The Young and the Restless Spoilers: Dylan’s Arrest A Hoax, Helps Bring Ian Out of Hiding – Austin Jealous of Summer and Fen 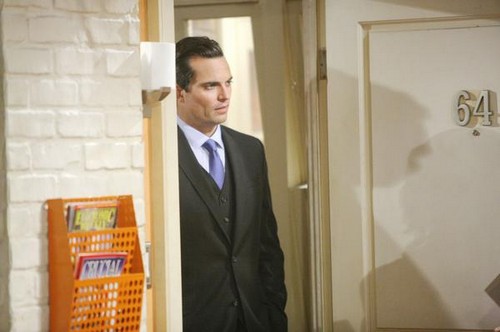 The Young and the Restless spoilers recently revealed that Christine forced Paul to arrest his son Dylan McAvoy and charge him for the murder of Ian Ward. Y&R fans were shocked that Paul would arrest his own son for the murder, regardless of how much evidence was stacking up against him. It seemed cold-hearted that even Paul wouldn’t give him the benefit of the doubt. But, according to CDL’s Y&R exclusive spoilers source for Thursday October 2, Dylan’s arrest is not what it seems.

The Young and the Restless spoilers reveal that on October 2 Nikki will head to the Genoa City police station and be shocked to see that her son Dylan is behind bars. But, Dylan reveals to Nikki that his arrest is all an elaborate hoax, and Paul, Christine, and Avery are in on it, and they need Nikki’s help to pull it off. Apparently, Dylan and Paul have the same theory that we have had for weeks, and they believe that Ian Ward is very much alive and framing Dylan for his murder. They think that once Dylan is arrested for Ian’s death, Nikki will be able to lure him out from hiding with an ad in the newspaper, and they will be able to clean Ian’s name.

According to Y&R spoilers for October 2nd, fans can also expect to see a heated confrontation between Avery and her ex Joe Clark. And, Austin’s jealous side makes an appearance when Summer sits down to catch up with her old friend Fen. Of course, Mariah lurks around the corner absorbing all the information she can about Summer and Fen, no doubt planning to use it in the future. Y&R spoilers also tease that Jack and Kelly continue to canoodle, completely unaware to the fact that Phyllis is back in Genoa City.

So, Y&R fans, what do you think about Dylan’s arrest hoax? Did you know all along that it was fake, or were you as surprised as we were? Do you think that Mariah actually likes Austin, or she actually hates Summer enough to try to steal her husband out of spite? Let us know what you think in the comments below and don’t forget to check CDL tomorrow for more The Young and the Restless spoilers.