The Young and the Restless Spoilers: Is Ian Ward Framing Dylan and Faking His Own Murder – Insurance Scam in Progress? 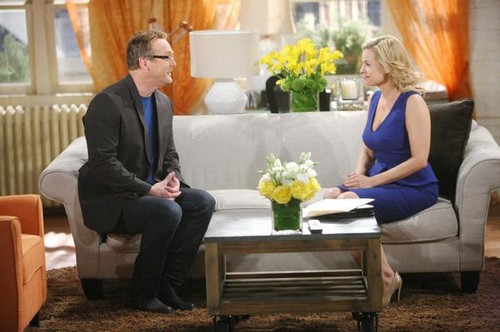 The Young and the Restless spoilers reveal that Dylan McAvoy is Paul’s number one suspect in the mysterious disappearance and possible murder of the villain Ian Ward. The last time Ian was spotted was when Dylan was chasing him out of the Newman’s house: Dylan has a large unexplainable cut on his hand, Ian’s blood was found in the driveway, and a witness saw Dylan ditching Ian’s car at the race track. Y&R spoilers also reveal that Paul will match Ian’s shoes to the shoes at the scene of the crime where Ian’s blood was covering the driveway.

According to our exclusive CDL The Young and the Restless spoiler source, on Wednesday September 16 Paul will learn something interesting about Ian Ward’s life insurance policy.  Apparently, a man referring to himself as Dylan McAvoy called the insurance company to inquire about Ian’s life insurance after Ian disappeared.  Now, this means that Dylan had a motive to kill Ian.  But, it also has Ian Ward’s name all over it.  Remember months ago when he told Dylan that he listed him as his benefactor and taunted Dylan that if he ever disappeared the police would think that he murdered him?

So, it doesn’t look good for Dylan McAvoy right now. However, despite the mounting evidence piling up against him, there is one major piece of evidence missing. If Ian Ward was murdered, where is his body? Sure, it’s just a soap opera, but everyone knows that it is nearly impossible to charge someone with murder when there is no body, in real life and on TV shows. Which brings us to the next obvious question: is Ian Ward really dead?

Ian Ward arrived in Genoa City with one goal: make the lives of the members of Nikki Newman’s family a living hell. What better way to destroy Dylan’s life than to frame him for a murder he didn’t commit? Yes, the evidence is piling up against Dylan — almost too perfectly. What if Ian Ward is hiding out somewhere, and planted the evidence against Dylan? Steve Burton’s character Dylan McAvoy is an essential character on The Young and the Restless, and there is no way the writers are going to send him away to prison for murder. It’s very possible that Ian Ward isn’t even dead.

What do you think, Y&R fans? Do you think Dylan killed Ian Ward, or do you think that there is a chance that Ian is framing him for his own death? Share your thoughts and theories in the comments below and don’t forget to check CDL tomorrow for more YR spoilers.