The Young and the Restless Spoilers: Dylan A Suspect In Ian’s Murder – Michael’s Health Issues Grow – Victoria Jealous Of Chelsea 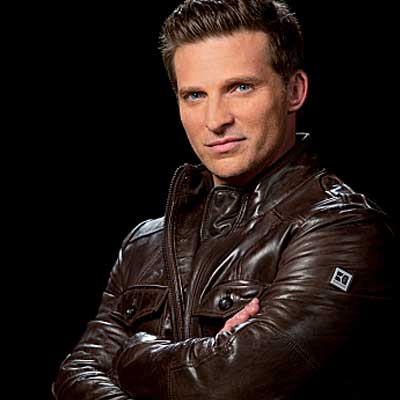 The Young and the Restless spoilers for the week of September 15-19 reveal that Paul Williams will be continuing his investigation into Ian Ward’s mysterious disappearance and possible murder. Unfortunately, his number one suspect is his son, Dylan McAvoy. According to Y&R spoilers, Paul leaves his surprise party early and drags Dylan down to the police station for questioning. Dylan insists he just went to the race track to clear his head, and while he was there, he punched a window because he was so upset about Ian threatening his mom, Nikki Newman. According to Dylan, the reason he lied about how he cut his hand was because he didn’t want Avery to hear he was punching out windows.

Y&R spoilers tease that Paul seems satisfied with Dylan’s answers, and after Dylan he leaves he opens the present he made him, fishing lures. However, before the week of September 15th is up, Dylan and Paul’s struggling father-son-relationship will be even more strained when Paul finds footprints at his crime scene and they match Dylan’s shoes. It is beginning to look more and more like Dylan really did kill Ian Ward!

According to The Young and the Restless spoilers, there will also be plenty of relationship drama during the week of September 15th. Lauren and Michael’s marriage continues to suffer because of his issues performing in bed (which might be the side effect of a serious illness). Y&R spoilers also reveal that Chelsea returns to Genoa City and has a long overdue conversation with Billy Abbott about their relationship, or lack of. Meanwhile, new divorcee Victoria becomes increasingly threatened and jealous of Chelsea and Billy’s obvious connection.

So, Y&R fans, what do you think about Ian’s suspicious disappearance? Could Dylan have really killed Ian Ward? And, if he did, will Paul really charge his own son with the crime? How do you feel about Michael’s problem? Have you heard the rumors that JFP is killing off a long-time male character with cancer? Could his failures in bed be just the beginning of Michael Baldwin’s demise? Let us know what you think in the comment below and don’t forget to check CDL tomorrow for more YR spoilers.