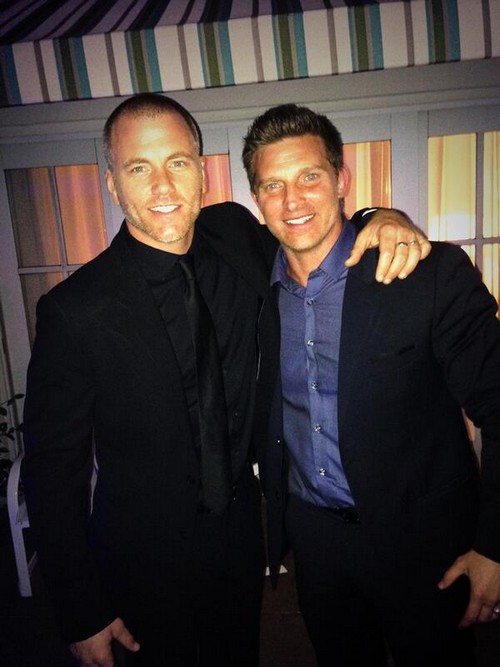 The Young and the Restless spoilers reveal that the Friday September 12 episode of Y&R will be packed full of can’t miss drama. Ian Ward has been missing for nearly a week, the last time that Y&R fans seen the villain was when Dylan McAvoy was chasing him out of Nikki Newman’s house. Afterwards Dylan was seen washing blood off from his hands, but Y&R fans have no idea what happened between the time Dylan and Ian ran out of the house and Dylan arrived at the coffee shop covered in blood.

According to Y&R spoilers, on September 12 there will be some shocking revelations in Ian’s disappearance. Paul Williams, Dylan’s biological father, receives test results confirming that the blood in the Newman Family’s driveway is indeed Ian Ward’s blood. And, Michael receives a tip that Dylan ditched Ian’s car at a race track, and reveals the new evidence to Paul. At Paul’s surprise party, he tracks down Dylan and informs him he has to take him down to the Genoa City police station for questioning.

In other news, The Young and the Restless spoilers reveals that on September 12 Y&R fans can expect some touching scenes between Nick Newman and Sharon. He surprises Sharon with a reenactment of one of their dates when they were teens and proposes to her, Sharon says “yes.” However, the newly engaged couple’s happiness could be short lived. Because while Nick was proposing to Sharon, Phyllis woke up from her coma and sat up in bed and screams.

So Y&R fans, do you think that Dylan actually killed Ian Ward? If he did, will Paul Williams really arrest his own son for murder? And what about Phyllis finally waking up, do you think that she will return to Genoa City and reveal what Sharon did to Summer’s paternity test? Will Nick ever be able to forgive Sharon when he learns the truth? Let us know what you think in the comments below and don’t forget to check CDL tomorrow for more The Young and the Restless spoilers.