The Young and the Restless Cast Spoilers: Michael Muhney Was Officially Fired After Cast Threatened Boycott For Hunter King 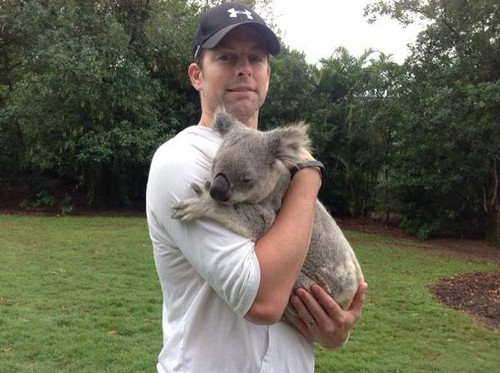 The Young and the Restless spoilers revealed weeks ago that Michael Muhney was not returning to the CBS soap opera, and Justin Hartley was cast as the new Adam Newman. Muhney took to Twitter and told his followers that although it was “close,” at the last minute the producers decided to go another route and hire a different actor. The scandal finally seemed to die down with Muhney publicly making peace with the fact that he was fired and encouraging his fans to do the same, and support Justin Hartley. But, a new report has Y&R fans and Michael Muhney supporters riled up all over again.

According to a The Young and the Restless report on Radar Online, the reason the producers decided at the last minute to hire Justin Hartley instead of bringing Michael Muhney back on set was because the Y&R cast threatened to boycott and not shoot anymore scenes if they rehired Michael Muhney. Rumor has it that Michael Muhney groped co-star Hunter King, and that is why he was fired, although Muhney claimed it was nothing but a “salacious rumor” on Twitter and there were no formal charges ever filed, apparently the rest of the cast of The Young and the Restless thinks the rumor is true and refuse to work alongside Muhney now.

According to the report, Doug Davidson (AKA Paul Williams) was the driving force behind the boycott, and he rallied the troops to support Hunter King. Eileen Davidson, another powerful soap opera veteran, has also publicly supported King online since the scandal occurred, so surely she supported the boycott as well and encouraged her co-stars to do the same. One of Michael’s co-stars was actually looking forward to his return though; Sharon Case reportedly held her ground and supported her friend Muhney, but since she has been sticking up for him the rest of the Y&R cast has been giving her the cold shoulder.

So Y&R fans, what do you think about the latest developments in the Michael Muhney scandal? Do you think Radar’s report is true and the Y&R cast threatened to boycott if Michael returned? Sounds highly unlikely…. If the rumors about Michael harassing Hunter are false, then why was the cast of Y&R boycotting his return? Let us know what you think in the comments below and don’t forget to check CDL tomorrow for more The Young and the Restless spoilers.