The Young and the Restless Casting Spoilers: Michael Muhney Innocent in Firing Scandal: “I Didn’t Grope Hunter King – I Was Set Up”

BY Amanda Austin on September 30, 2014 | Comments: 12 comments
Related : Days of Our Lives, General Hospital, Hot News, Soap Opera, Spoiler, Television, The Bold and the Beautiful, The Young and the Restless 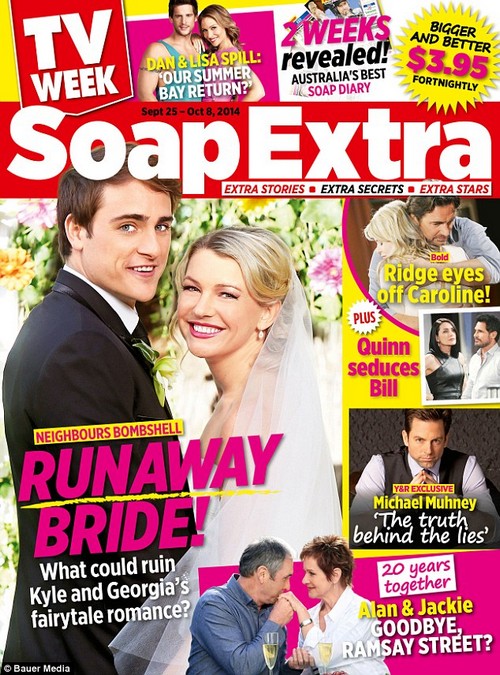 The Young and the Restless casting spoilers recently revealed that Passions alum Justin Hartley replaced Michael Muhney and was cast as Adam Newman on the CBS soap opera, and will begin making appearances in November during sweeps. However, some die-hard Y&R fans won’t be tuning in, because they have been protesting Michael Muhney’s firing from the show back in December 2013, and they haven’t looked back.

Muhney was a fan favorite among soap viewers and played the part of Adam Newman for nearly five years, and in December of 2013 he unexpectedly announced on Twitter that Y&R had fired him and his last day of filming would be that week. Fans were shocked by the impromptu firing, and the Internet was in an uproar. Scandal broke out, and multiple sources including TMZ reported that the reason Muhney had been fired from The Young and the Restless was because he groped his co-star Hunter King’s breasts on two separate occasions. Perhaps it was because MM was still under contract with Y&R, or maybe neither side wanted to ruin any chances of his return, but neither Muhney nor TPTB at Y&R ever acknowledged the rumors and both sides staunchly refused to comment on them.

However in August 2014 Muhney announced that Y&R producers almost rehired him, and then at the last minute decided to go a different route, and he was officially done with the CBS soap opera. Then for the first time ever, Muhney actually acknowledged all of the scandal he was embroiled in, and tweeted to his fans that he was never accused of sexual harassment or groping, and it was all a “salacious rumor.”

For the first time since Michael Muhney was fired and scandal erupted behind the scenes of The Young and the Restless, Michael Muhney has given an exclusive interview to Australian magazine TV Week Soap Extra, and dished on what really happened during his time on Y&R. In the interview, Michael continues to deny all allegations of sexual harassment and groping, and reveals that he thinks the entire scandal was a set-up. Muhney told TV Week that one of the producers even warned him that because he had so much talent, he was walking around with a target on his back, and people were going to try and take him down. In the exclusive article Muhney also reveals that he was discussing quitting the show with the producers long before he was fired, because the role of Adam Newman was becoming way more work than he originally anticipated, and he didn’t have time to memorize all of the lines.

So Y&R fans, are you excited for Justin Hartley to start in November, or will you be boycotting the new Adam Newman? What do you think of Muhney’s interview in the Australian magazing, are you as shocked as we were to hear the Michael was planning to quit before he was fired? Michael says he thinks he was set up, who do you think would have done that? Let us know in the comments below and don’t forget to check CDL tomorrow for more The Young And The Restless spoilers.