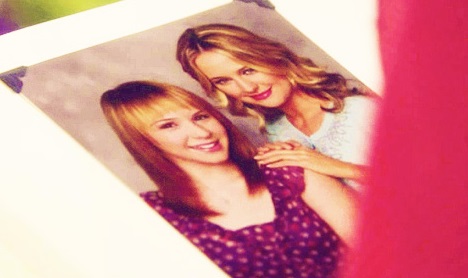 The Young and the Restless spoilers have been teasing fans about Mariah Copeland’s past for a while now. We have been predicting for weeks now that Mariah is Sharon Newman’s daughter, and the twin sister of the late Cassie Newman, but we were really hoping that the Y&R writers weren’t that predictable. Recently we learned that Mariah’s mom Helen Copeland was the nurse that helped deliver Sharon’s daughter Cassie, and Nick overheard Ian Ward telling Helen that Nick didn’t know “the truth” about Mariah. The Young and the Restless spoilers tease that on Friday August 22nd, the truth will finally be revealed about Mariah, and it is just as predictable as we thought it would be.

According to our exclusive CDL The Young and the Restless spoiler source, on Friday August 22 Nick Newman tracks down the doctor that was on duty when Sharon delivered Cassie, and he pays him a visit. After a heated argument in the doctor’s office, the doctor admits that after Sharon gave birth to Cassie and she was rushed off to her adoptive parents, “the stars aligned and a miracle occurred,” and Sharon gave birth to another baby.

Y&R spoilers reveal that the doctor goes on to confess that the nurse on duty, Helen Copeland, convinced him to let her take the baby and told him that she would pay him handsomely for the second baby. The doctor reveals to Nick that he had some serious gambling debts and needed the money, and he thought he was doing the right thing since Sharon didn’t have an adoptive family lined up for the second baby because she didn’t know she was having twins. Nick Newman apparently pulled a fast one on the doctor, because once he was done filling Nick in on the sordid details, the FBI barges in to the office and arrests him, they caught the entire conversation on tape.

So Y&R fans, are you shocked that Mariah is Cassie Newman’s twin sister, or did you see that “twist” coming from a mile away? How do you think Sharon will react to the news that Mariah is her daughter, seeing as how she just kicked her out of the house and told her she never wanted to see her again? Share your thoughts and theories in the comments below and don’t forget to check CDL tomorrow for more The Young and the Restless spoilers.