The Young and the Restless Spoilers: An Unwanted Guest – Nikki Crashes Paul and Christine’s Honeymoon 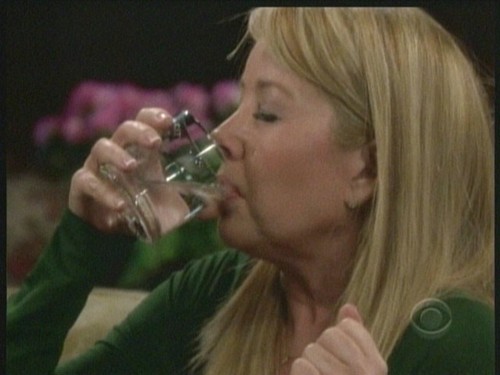 The Young and the Restless spoilers have been hinting at a love triangle developing between Paul, Nikki, and Christine for weeks now. Since Paul’s accident, Nikki has been reliving her teenage glory days… and her unresolved feelings for Paul Williams. It is clear that Nikki still has feelings for Paul, even to Paul’s wife Christine. The fact that they share a child together is only adding to the undeniable connection Paul and Nikki still share.

The Young and the Restless spoilers tease that once Nikki and Ian’s trial comes to a close, Paul and Christine head off on their seriously delayed honeymoon. There is no doubt that the time away was Christine’s idea, and she is desperately trying to reel her hubby back in. It’s becoming increasingly obvious to Christine, and viewers at home, that Nikki’s feelings are not one-sided and Paul is falling for her again hook, line, and sinker.

According to Y&R spoilers, Nikki Newman actually crashes Christine and Paul’s honeymoon out in the country. Melody Thomas Scott dished to TV Guide that her character Nikki doesn’t realize that she is crossing any boundaries and just stops by do a jigsaw puzzle with her old friend Paul. And, you can imagine that Christine is livid. She tries to plan a romantic getaway so that Paul can get over Nikki, and instead she follows them there.

Y&R spoilers tease that soon Nikki will fall off the wagon again and begin drinking like a fish. Maybe Paul finally shoots her down and decides to remain loyal to Christine and it puts Nikki over the edge? What do you think Y&R fans, will Nikki get her way and steal Paul from Christine? Are you Team Nikki or Team Christine? Let us know what you think in the comments below and don’t forget to check CDL tomorrow for some more The Young and the Restless spoilers.