The Young and the Restless Spoilers: Neil Electrocuted After Devon and Hilary Hook Up – Dylan’s Rage and Anger! 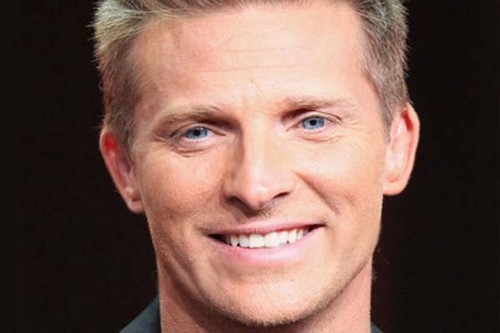 The Young and the Restless spoilers for the August 8 episode of the CBS soap opera tease can’t miss drama for Y&R fans. The tangled love triangle between Devon, Neil, and Hilary has drawn fans in for weeks now. According to CDL’s exclusive The Young and the Restless spoilers, the mounting tension between Devon and Hilary finally comes to a head on August 8th, but a sudden emergency could put a stop on their budding romance before it even starts.

The Young and the Restless spoilers tease that Devon gives Hilary another ultimatum and tells her that if she doesn’t come meet him at a bar, he is leaving Genoa City for good. Hilary arrives at the bar and professes her love to Devon, and informs him that she is going to tell his father Neil that she is in love with his son. Ironically, while Hilary and Devon are marking out at the bar, Neil suffers a horrible accident and is electrocuted while trying to fix some faulty wires.

The odds of Neil actually dying are slim to none, Y&R fans would have gotten wind of the soap vet’s departure. But, he will most likely end up in the hospital, and his wife Hilary will rush to be by his side. There is no way she can tell Neil that she is leaving him for his son while he is lying in a hospital bed! When Hilary learns her hubby was nearly killed, she might even change her mind and decide she loves him more than Devon.

The Young and the Restless spoilers for August 8th also tease that Nikki crashes Paul and Christine’s romantic getaway. Meanwhile, back in Genoa City Dylan has a temper tantrum after a run-in with Ian Ward, and Avery pleads with him to go back to therapy before his anger gets out of control. Y&R fans can also expect to see Chelsea and Stitch have a heart-to-heart, and Billy makes plans to attend Chelsea’s son Connor’s birthday party.

So Y&R fans, how seriously do you think Neil will be hurt? Do you think that his accident will cause Hilary to switch teams again and decide she is in love with him instead of Devon? And, what about Nikki and Paul, do you think they will wind up together again? Let us know what you think in the comments below and don’t forget to check CDL tomorrow for more The Young and the Restless spoilers.