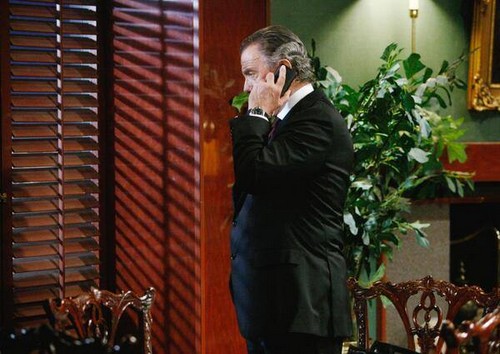 The Young and the Restless spoilers teased weeks ago that the character of Phyllis Newman (previously played by Michelle Stafford) would be returning to the CBS soap opera this summer. Gina Tognoni has been cast to take on the part of Phyllis and her first air date is scheduled to take place on Monday August 11th. According to CDL’s exclusive source, Y&R spoilers for Tuesday July 15th, the writers are setting the stage for Phyllis’s return.

Sharon Newman, the person responsible for Phyllis’s coma is currently experiencing amnesia and has no idea she had anything to do with Phyllis’s fall down the stairwell. She also has no clue that Phyllis’s fall down the stairwell was related to the secret she has been keeping from Nick regarding Summer’s paternity test. However, Sharon recently had a flashback to a tube of lipstick she dropped on the stairwell after Phyllis’s fall, and on Tuesday July 15th Sharon will continue to piece together the events leading up to Phyllis’s coma and confesses to Mariah that she experienced an overwhelming feeling of guilt during Summer’s wedding. For some reason she feels horrible that she was able to see Summer walk down the aisle and her own mother couldn’t be there.

The Young and the Restless spoilers for July 15th also tease that Victor Newman pays Mariah a visit while everyone is at Summer’s wedding and tries to pry more information out of her about Sharon’s secret. Mariah explains to him that the only person that knows Sharon’s secret is Phyllis, and she isn’t in any condition to share it. Victor, determined to find out what Sharon has been hiding, calls in Hans Cutler, a doctor who is supposed to be able to work miracles on coma patients in hopes that he can wake up Phyllis.

So Y&R fans, do you think that the doctor Victor is calling in will be the reason Phyllis wakes up and returns to Genoa City next month? Do you think that Sharon will piece together her flashbacks and realize what she did before Phyllis returns to Genoa City and rats her out? Let us know what you think in the comments below and don’t forget to check CDL tomorrow for more The Young and the Restless spoilers.