BY Amanda Austin on May 8, 2014 | Comments: 13 comments
Related : Soap Opera, Spoiler, Television, The Young and the Restless 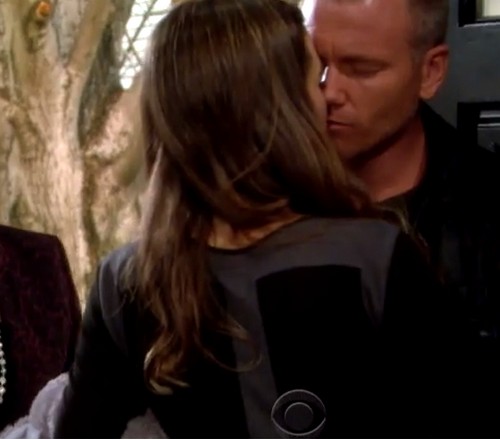 The drama is really heating up on CBS’s daytime soap opera The Young and the Restless, and one Genoa City resident’s dark secret is about to be exposed. Y&R viewers have known for months that Stitch is keeping a dark secret about his past life, and Kelly is the only one who knows what it is. Recently Billy Abbott overheard the pair discussing his secret and is determined to expose it in an effort to derail Victoria and Stitch’s budding relationship.

Billy may not have to expose Stitch’s secret though, his ex-wife Jenna might do it for him! Stitch has referenced his ex-wife Jenna numerous times, however no one has ever laid eyes on her. We know that Jenna and Stitch’s marriage was destroyed by Kelly, when she revealed his secret to Jenna. According to the May 12th issue of CBS Soaps Jenna is on her way to Genoa City, and we will all know the truth behind her divorce from Stitch in no time. The magazine teases that, “Y&R is casting the role of divorcee Jenna, a former Army wife who was deeply hurt by her husband and is fiercely protective of her young son.”

Stitch and Victoria Newman just began dating, but unbeknownst to him Victoria is pregnant and there is a chance that he is the soon to be baby-daddy. If Jenna arrives in Genoa City and reveals Stitch’s secret to Victoria, it could be the demise of their relationship. And, Stitch will lose his second chance at having a family.

There is no news yet on what daytime actress will be playing the part of Jenna, but when it is revealed CDL will be sure to let you know. It looks like fans Y&R fans will finally learn what happened in Stitch’s life before he arrive in Genoa City, and why he has been trying to keep it all a secret. What are your theories on Stitch’s dark past? Do you believe the rumors that he may be the hit and run driver that killed Kelly’s son? Or, could it be something as simple as he had an affair with Kelly and she told Jenna about it (she doesn’t have a thing for married men)? Let us know what you think in the comments below!