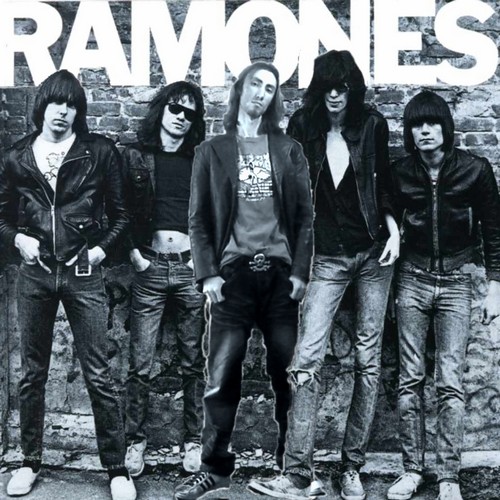 The year was 1974. President Richard Nixon resigned from office, Patricia Hearst was abducted by the Symbionese Liberation Army and Bob Marley & The Wailers dominated the charts with their seminal hit, “No Woman, No Cry”. Amidst the chaos and the change, an insignificant rock band came to be in a middle-class New York City neighbourhood.

They called themselves The Ramones. And they weren’t related.

Lead singer Douglas Colvin was so inspired by Paul McCartney’s use of the “Paul Ramon” pseudonym during the Silver Beatles era that he changed his official stage name to Dee Dee Ramone. The rest of the band followed suit and adopted pseudonyms ending with “Ramone”.

In April of 1976, The Ramones released their debut album, “Ramones”. The fourteen-track album -produced on an almost non-existent budget of $6000.00 – received widespread critical acclaim.

Rolling Stone wrote, “The Ramones are authentic American primitives whose work has to be heard to be understood. Heard, not read about or synopsized. Their first album, Ramones, is constructed almost entirely of rhythm tracks of an exhilarating intensity rock & roll has not experienced since its earliest days.”

Despite the universal acclaim, “Ramones” was a commercial disaster. The album peaked at 111 on the Billboard music charts and the two singles, “Blitkrieg Bop” and “I Wanna Be Your Boyfriend”, failed to appear at all. The music industry in the late 70’s was laden with sickly sweet pop beats (Don’t Go Breaking My Heart by Elton John & Kiki Dee), dumbed down disco dance songs (Disco Lady by Johnnie Taylor), and narcissistic rock ‘n roll (Love Is Alive by Gary Wright).

“The Ramones got back to basics: simple, speedy, stripped-down rock and roll songs. Voice, guitar, bass, drums. No makeup, no egos, no light shows, no nonsense. And though the subject matter was sometimes dark, emanating from a sullen adolescent basement of the mind, the group also brought cartoonish fun and high-energy excitement back to rock and roll”

“They launched the grassroots punk-rock movement in New York and London – the Clash were among those who paid heed when the Ramones first toured Britain – and helped downsize rock from arenas and stadiums to the more sensibly scaled environs of clubs and neighborhood holes-in-the-wall.”

The last remaining original member of one of the greatest rock bands in history passed away on Friday (11th July 2014). Drummer Tommy Ramone (Thomas Erdelyi) was in hospice when he died from bile duct cancer.

They called themselves The Ramones. And they changed the world.

“It’s gonna be the death of me

It’s gonna be the end you see

It’s gonna be the death of we”

– Death of Me by The Ramones