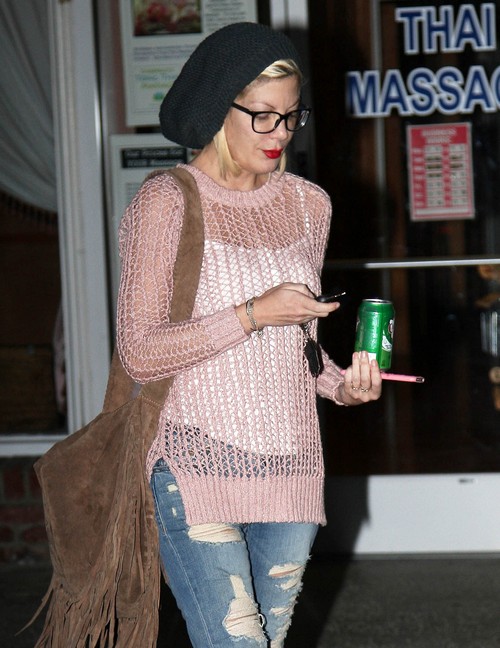 Tori Spelling filed for divorce according to a recent report. Of course the couple is denying this and Tori Spelling and Dean McDermott are still together, according to their reps. However, they’ve been sending so many mixed signals lately that them being ‘together’ doesn’t really say much. Are they ‘together’ together, or just together for the sake of the cameras? Last we heard, Dean McDermott hated Tori Spelling, couldn’t stop cheating, and was sick and tired of playing the whole charade. In other words, he’s done with Tori Spelling.

So of course Tori Spelling then leaked a report alleging that SHE was the one who was filing for divorce from Dean, just to save face. That woman’s ego would never be able to handle Dean making the first move, even though Dean is a serial cheater. The ‘source’ [cough, Tori, cough] told Life & Style Magazine, “She’s been pushed by some of her closest friends to end the marriage and is finally seeing that as a real option.”

But of course, Dean McDermott also fights dirty, and has been leaking stories about how Tori is an ‘unfit mother’ and shouldn’t get custody of their kids. Well, of course she shouldn’t get custody of their kids, but neither should he. Those poor kids would be much better off without either cheating Dean or useless Tori parenting them. And now, they’re going to be used as pawns in Dean’s and Tori’s idiotic divorce battle.