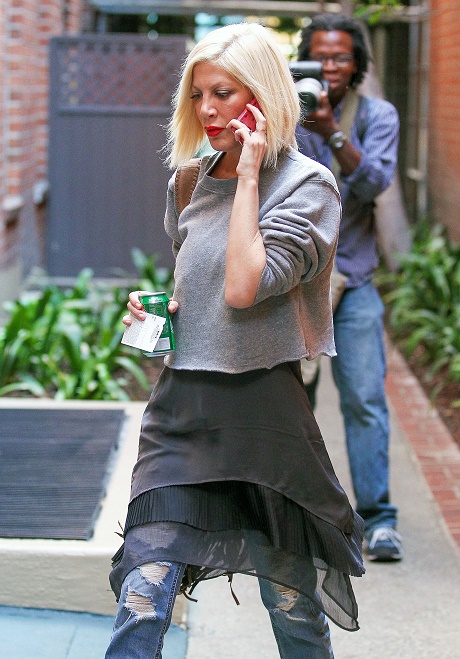 After the first season was a flop, leaving many fans crying that the show was fake, Tori promised producers an even better fake storyline which included a pregnancy scare, a meet up with hubby Dean McDermott’s ex-wife, and a hospital stint that has been rumored to be a result of everything from brain cancer to anorexia to Ebola. Alas, viewers are still tired of seeing Tori constantly crying, being the ever-victim of creepy husband Dean’s bad behavior, and the ratings are indicating just that.

This time around, the ratings are even lower than the first season’s debut at 1 million. The debut of season 2 only brought in 766,000 viewers, reports Radar Online, being beat out by reruns of Family Guy and Ink Master according to zap2it.com. In the second week, True Tori was beat out by Seinfeld reruns! Yes, folks, people would rather watch a 90s sitcom full of bad hair and jokes they’ve already heard dozens of times than watch Tori’s deteriorating marriage dramatically unfold before their eyes.

As Tori’s other scripted show (the only one she admits is scripted), Mystery Girls, was cancelled, she is hoping True Tori can hang on another two weeks to make it through to the end without the burn of another cancellation. Since she has ran this whole storyline about her sinking marriage into the ground, she is better off spending her time out of the fake hospital room battling her fake illness and working on the next scandal that she can turn into her next “unscripted” series.

What do you think, CDLers? Have you been watching True Tori? Can you stand another two weeks?