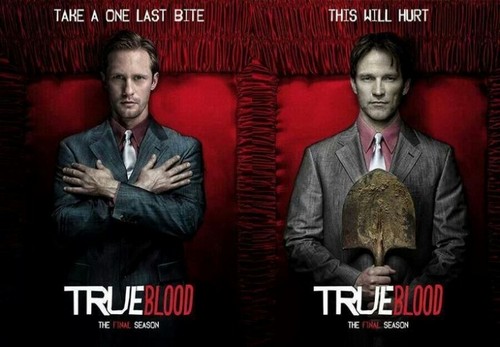 The True Blood season 7 finale aired on HBO on Sunday, August 24th, which means the series has officially come to an end. True Blood fans aren’t ready to let go of their favorite characters though, and they are clinging to the hope that there will be a True Blood movie in the future. While some True Blood fans think that a movie based on the series is just wishful thinking, there have been some reasons to believe that the vampire drama might make it to the big screen.

Rumors have been swirling for the last few seasons of the HBO drama that there was a potential spin-off movie in the works. Those rumors of a True Blood movie were further spurred by a cryptic statement made by cast member and director Stephen Moyer in an interview in January 2014.

When Moyer was asked what he would be working on during the Summer of 2015 after True Blood ended, he provided a rather interesting response. Moyer stated, “I’m not sure about the summer of 2015, but if things go the way I’m hoping there will be something to watch in the summer of 2016. We’ll have an announcement about that… soonish.”

Sure, Moyer could have been referring to any number of projects, but the fact that he said, “We’ll have an announcement soonish,” instead of “I,” implies that he is referring to the entire cast of True Blood and not a solo performance.

We spoke to a source close to the cast of True Blood who confirmed that there is a possible movie spin-off in the works. Our source revealed, “The powers that be are pushing for a spin-off, but they want to do it with the original cast, they don’t want to have to introduce new actors and actresses. There are a couple key characters that have other projects in the works at the moment and don’t want to commit to the movie, but they are in discussions.”

So, True Blood fans, what did you think of the series finale? Do you think a True Blood movie would offer more closure to fans? Or do you think that TPTB are just trying to keep the money coming in and dragging the series out more than they should? Let us know what you think in the comments below!