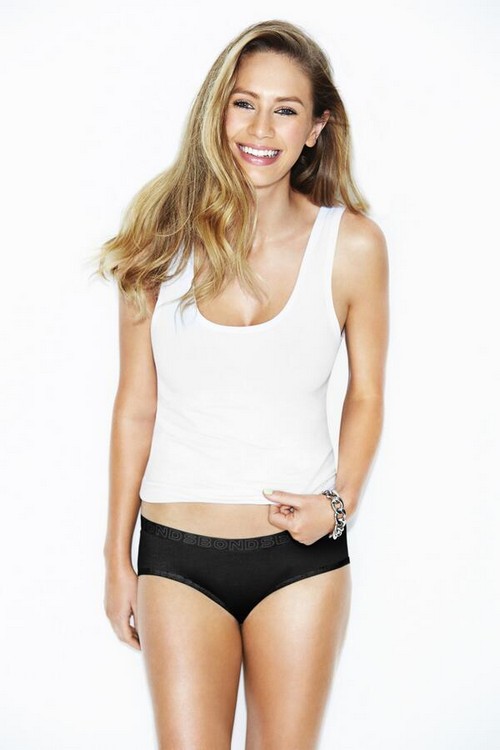 Dylan Penn has become a bona fide model now, landing a major contract as the new face of popular Australian retailer Bonds. The Bonds’ Twitter site updated their page with a picture of Dylan posing in her underwear, captioned with, “Super excited to announce the new face of Bonds upcoming model and emerging Hollywood actress Dylan Penn.”

I don’t know about the emerging actress part, but she’s definitely a budding model – and a good one at that. Obviously, having Sean Penn and Robin Wright for parents helps matters, but then again, so does dating high-profile celebrities.

Despite People Magazine and US Weekly confirmations last fall, Robert Pattinson and Dylan Penn both denied dating each other in public, but friends have confirmed that they’re still seeing each other on the down low, even though their relationship has become on-again/off-again/on-again as opposed to being ‘official’ and committed.

However, Rob’s currently in Cannes for his two new films, and sources have been going gaga about the idea of Rob getting back together with his ex-paramour, Kristen Stewart. Of course, Rob and Kristen getting back together is infinitely better for Twi-hards and the media than Rob continuing to hook up with Dylan, and I think Dylan knows this. Perhaps that underwear shot wasn’t just a happy coincidence, then? Maybe Dylan is sending Rob a message, mainly reminding him of what he would be missing if he decided to stay with Kristen or move on from her with some other random actress/model/whatever in Cannes.

Needless to say, I doubt Rob’s dumping Dylan for Kristen, only because Rob doesn’t even seem like he’s interested in a serious relationship right now. Plus, all he’s spoken about during Cannes is how much he hates being famous and being photographed, and I don’t think he’d jeopardize his new found privacy for a chance to get back together with the girl who broke his heart.