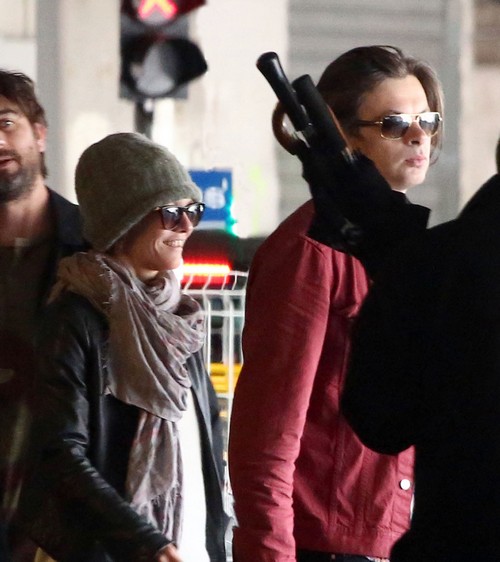 Johnny Depp is probably kicking himself right now for ditching Vanessa Paradis for Amber Heard. Vanessa recently posed in a sultry and sexy photo shoot for The Violet Grey magazine, and needless to say, posing in a gold bikini in a series of provocative shots is probably the best way to get the attention of your ex-husband. Of course, I don’t think Vanessa’s sole goal in doing the shoot was getting Johnny’s attention, but it worked regardless.

Sources tell us that Johnny is having second thoughts about ditching Vanessa, and even though it sounds crass, pretty much trading her in for a younger model. Obviously, Vanessa’s still got the looks, and Johnny… not so much.

Even as he goes through his midlife crisis, Vanessa’s been moving on with her life fairly out of the spotlight. Even though she hasn’t done a complete 180 and started dating a guy twenty years younger than her, sources say that she’s pretty happy with her life – even if she does want Johnny back. Plus, this photoshoot accomplished the very easy task of making Amber Heard jealous, and Vanessa probably got some small pleasure from that. I mean, she was dumped in order for Johnny to start dating Amber, so can you blame her for gaining something out of it – even if it was just momentary happiness at causing them discomfort?

Of course, there’s little chance that Johnny will ditch Amber right before their wedding and come running back to Vanessa. And even if he did, she has enough pride that she would never take him back immediately, even if she does want to get back together. But revenge is a dish best served cold, and Vanessa’s getting hers in small increments.